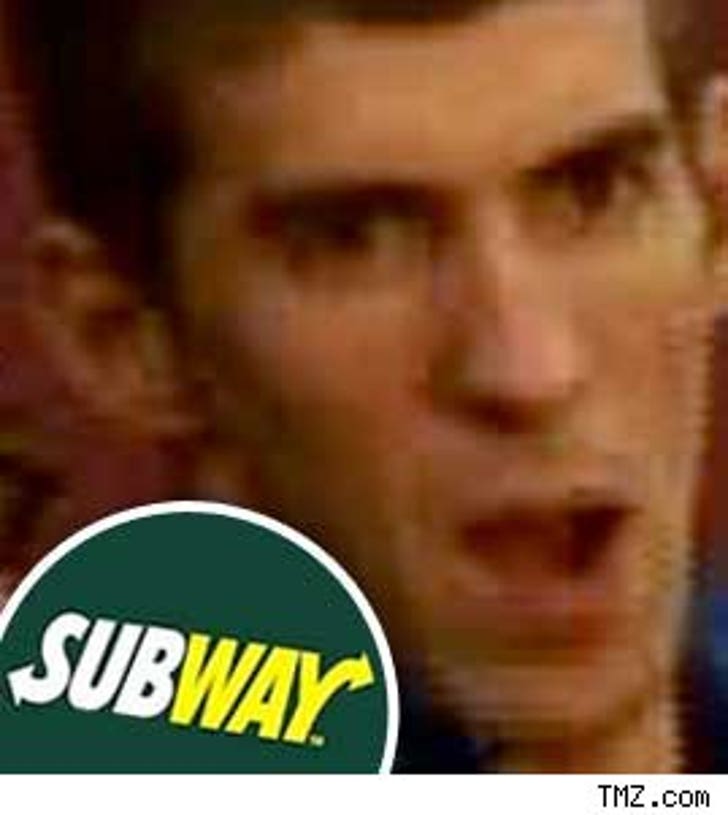 Everyone knows the first rule of marketing is to know your audience -- the kind of audience that orders two foot longs and a bag of chips a little past 4:20 each day.

Either way, Subway has decided not to ditch Michael Phelps following his incident with the device that's generally sold "for tobacco use only."

At least Michael knows where he can get his next meal, even if it isn't a bowl of Kellogg's cereal.