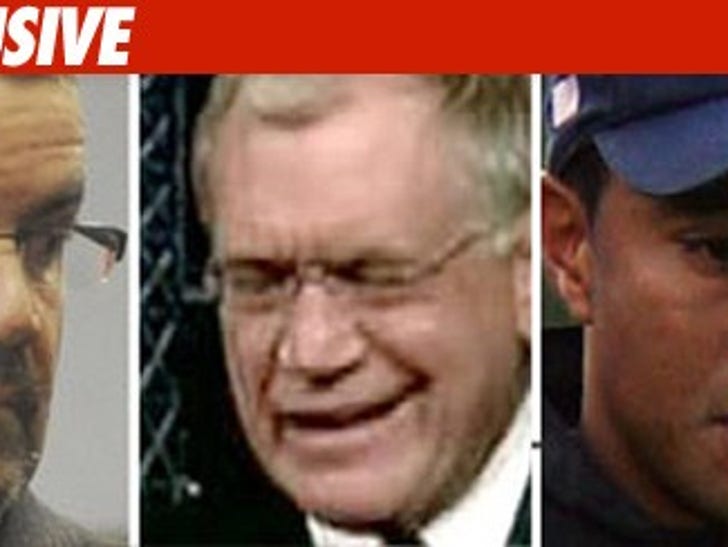 The guy who allegedly masterminded an extortion plot against David Letterman is now using the Tiger Woods scandal as precedent to get the charges against him thrown out ..according to new documents obtained by TMZ.

Robert Halderman's lawyer, Gerald Shargel, filed legal papers asking that the charges against his client be dismissed. In the papers, Shargel notes that when news of Tiger's infidelity surfaced, Mistress #1, Rachel Uchitel, reportedly inked a multi-million dollar settlement in return for her silence -- with the help of Gloria Allred.

Shargel notes, "Their behavior was capitalist, not criminal."

Shargel's point -- Rachel and Gloria didn't get prosecuted, so why should Halderman?