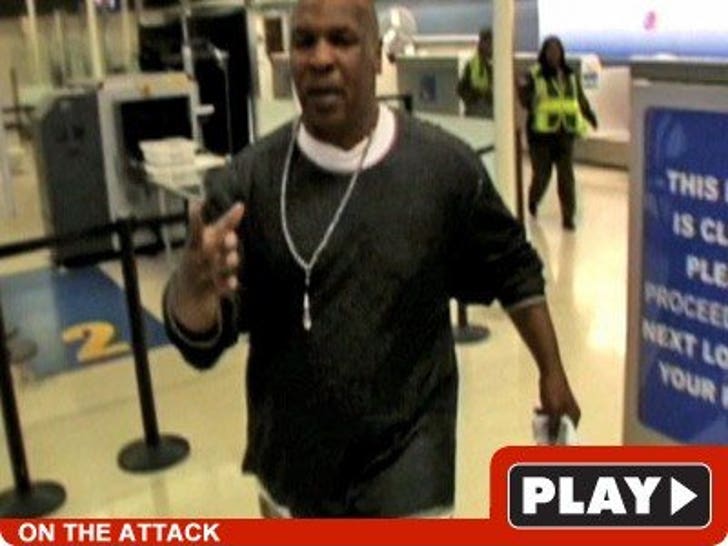 Mike Tyson threatened to kill the paparazzo he allegedly assaulted at LAX back in November -- and now the tape has finally surfaced ... but, it's heavily edited.

In the vid, Iron Mike is stoic as he walks through the airport with his wife and their child.

Six minutes into the video ... as the pap follows him toward the bathroom, Mike snaps, "You can't come through here. Put that away brother, I will kill you!" After that, Tyson charges at the camera ... and the tape stops.

But here's the mystery. The video -- which TMZ obtained from an outside agency -- was shot by a photographer who made at least 7 edits before handing it over. Did he incite Tyson? Did he touch the baby's stroller, as Tyson claims? We don't know.

The L.A. City Attorney rejected the case against both Tyson and the photog last week -- citing "insufficient evidence."