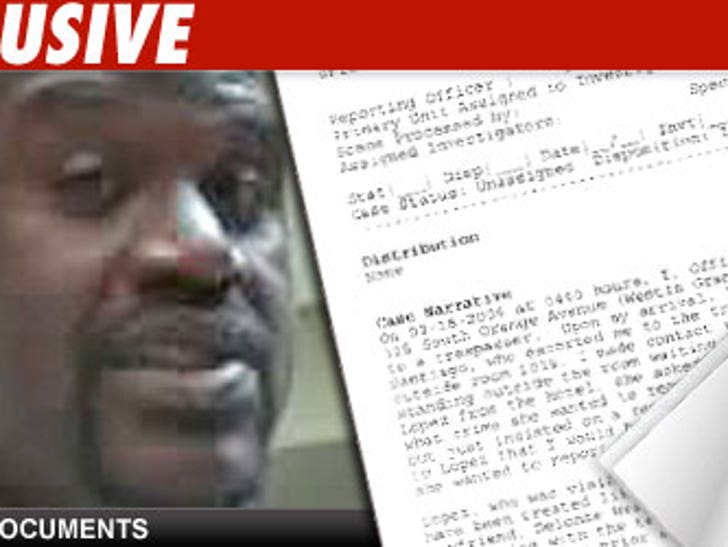 The woman accusing Shaquille O'Neal of carrying out a campaign of harassment against her has had major issues with at least two other NBA players in the past, TMZ has learned. 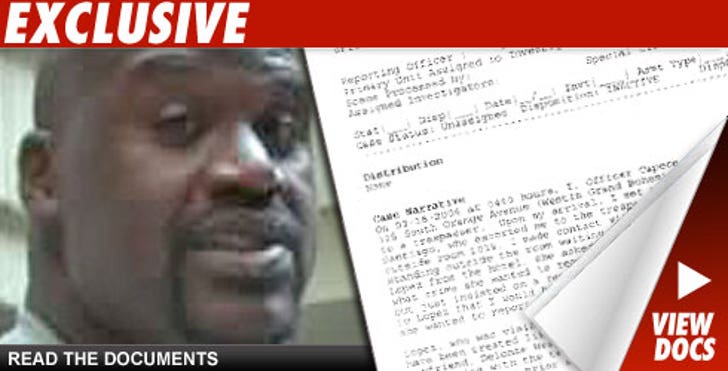 According to several police reports, Vanessa Lopez has had serious legal run-ins with Denver Nuggets forward Kenyon Martin and Cleveland Cavaliers guard Delonte West -- during the same time period she claims she was secretly hooking up with Shaq.

Back in 2006, Delonte West -- then with the Boston Celtics -- called security on Lopez, claiming she refused to leave his Orlando hotel room.

Police were called to the room -- where Lopez, according to the police report, then accused West of making unwanted sexual advances toward her.

West acknowledged that he had slept with Lopez in the past -- but claimed he never hit on her that night. West said Lopez tried to seduce him -- but he rejected her because he had another woman coming over.

Lopez's run-in with Kenyon Martin went down in 2007 -- when the NBA star's business manager called police, claiming Lopez somehow got hold of Martin's credit card. According to the police report, the manager claimed Lopez blew hundreds of dollars -- minimum -- without Martin's permission.

It's unclear if criminal charges were ever filed against Lopez for that incident.

Lopez has lawyered up with Gloria Allred to go after Shaq. So far, O'Neal hasn't commented on the situation. Allred had no comment.