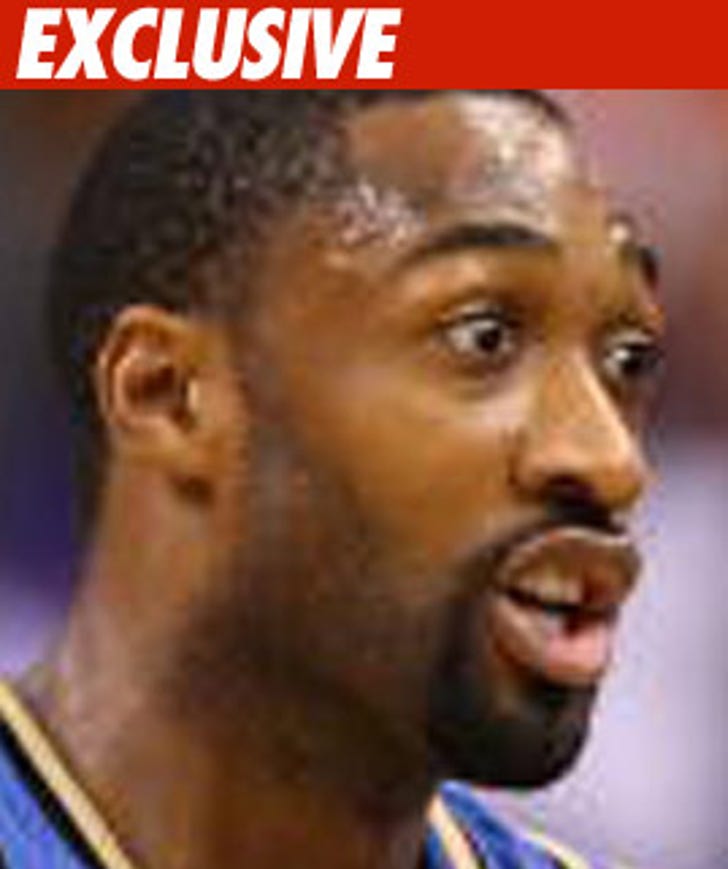 The Washington Wizards have told locker room pistolero Gilbert Arenas they believe he is in violation of his contract and they have the right to void the $111 million deal ... sources tell TMZ.

We're told a team official was trading text messages with Arenas after the locker room incident. Sources tell TMZ ... in one of the messages, the official told Arenas the team felt Agent Zero violated the clause in his contract prohibiting him from engaging in conduct detrimental to the team or the NBA ... and they could have the contract voided as a result.

Most NBA contracts contain morality clauses -- but it's difficult to void an NBA contract on those grounds. The Indiana Pacers didn't void Ron Artest's contract after "The Malice at the Palace" in 2004.

Nevertheless, there are strong indications the Wizards want out of the Arenas deal. As one law enforcement source put it, the team has been overly cooperative in the police investigation that targets Arenas.