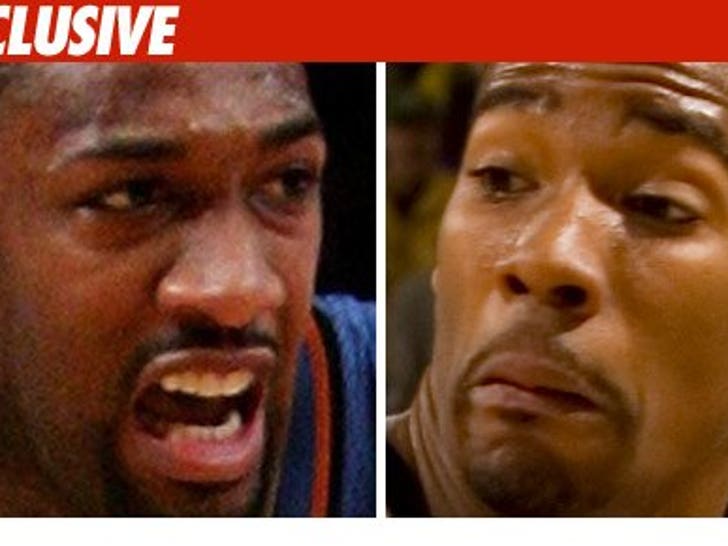 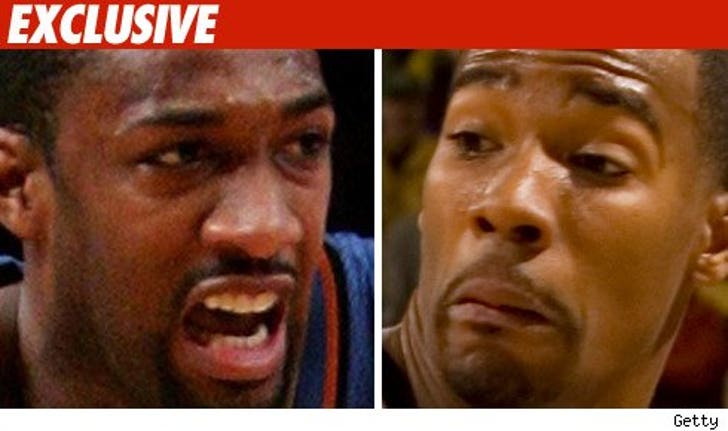 Our sources tell us Arenas has already been called in by the U.S. Attorney but he made it clear he would not testify on grounds of self-incrimination. We're also told Crittenton has lawyered up and took the same position as Arenas.

We're also told head coach Flip Saunders came to the grand jury last week. We don't know if he actually testified in front of the grand jury or just spoke with the U.S. Attorney.

As we first reported, cops are still looking for Javaris' gun -- which witnesses have told cops he tossed into a laundry basket after the confrontation with Arenas. Our sources say someone from the team wheeled the basket out of the locker room. D.C. cops are looking at surveillance video to see if there's a shot of the basket being wheeled out.

Both players could be indicted on felony gun charges.