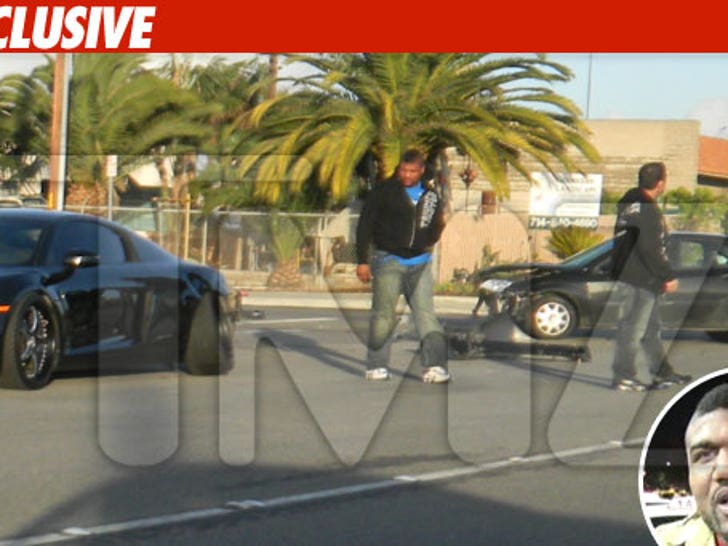 Former UFC light heavyweight champion Quinton "Rampage" Jackson was involved in a two-car accident this week -- involving another one of his ridiculously awesome vehicles. 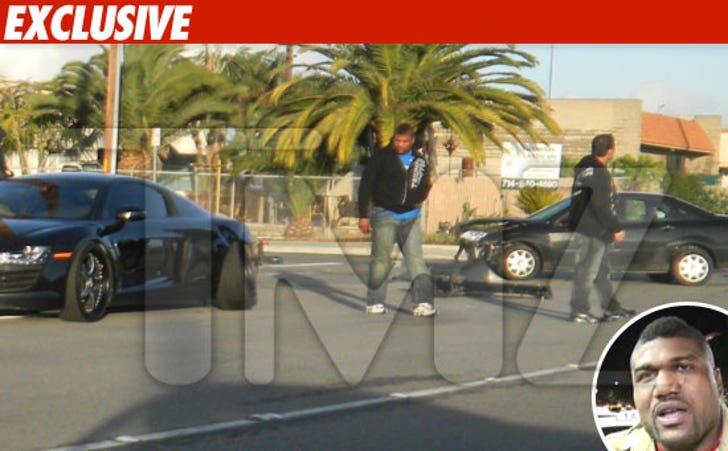 TMZ has learned Rampage was driving a new black Audi R8 -- valued at more than $100k -- home from the Audi dealership in Orange County, California on Tuesday when he was hit by a woman driving a very not expensive black car.

We're told Rampage was not injured in the wreck, but the back end of his badass ride suffered some pretty extensive -- and expensive -- damage. 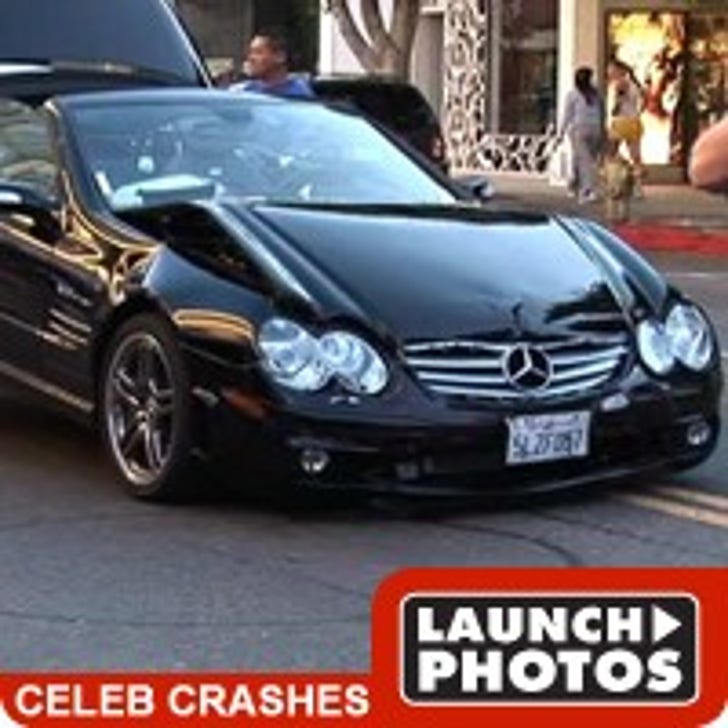 Rampage tells TMZ police arrived on scene and cleared him of all wrongdoing. The UFC fighter added, "I am thankful and happy no one was hurt. I tried to make sure the elderly woman that hit my car was OK ... she didn't speak much English, but I could see she wasn't hurt in any way."

As for his own condition, Rampage said, "I am fine, the little old lady is fine, but my car got hurt, and for that I'm sad."