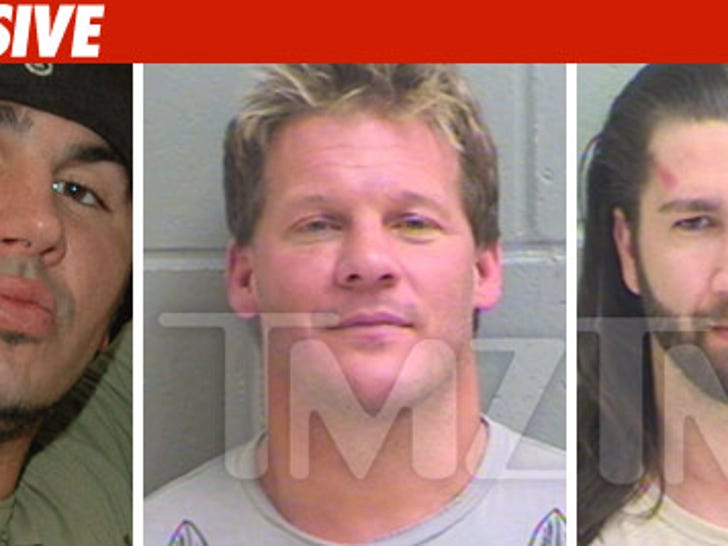 WWE star Matt Hardy was among a group of people involved in an early morning incident that led to the arrests of Chris Jericho and Greg "Hurricane" Helms, this according to law enforcement sources.

Witnesses told cops Hardy was in a taxi with Jericho, Helms and several others Wednesday morning -- when Helms allegedly struck three people ... including one female.

Witnesses say Hardy took off on foot -- just like Helms allegedly did -- when the cab driver pulled over at a Kentucky gas station and called 911.

We're told Helms came back to the scene and was arrested -- but Hardy was gone for good. Cops are not pursuing any sort of action against Hardy.

As we first reported, the female passenger decided not to file charges against Helms over the alleged attack. Helms and Jericho were arrested for "alcohol intoxication in a public place."