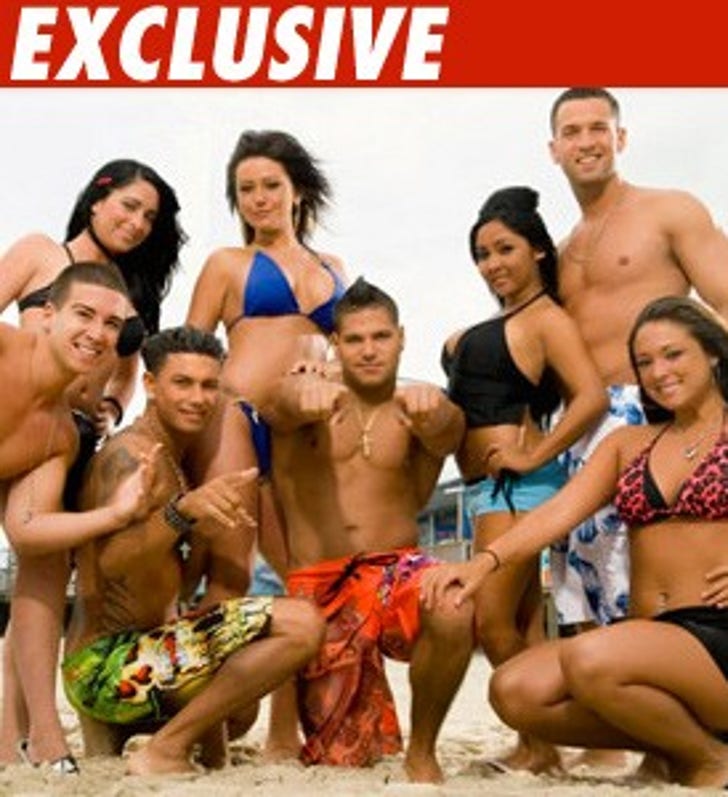 The "Jersey Shore" cast will all be paid the same for season 2 of the MTV show, sources connected with the negotiations tell TMZ.

We're told it was important the producers wanted to avoid infighting among the cast ... at least on the subject of money -- so Pauly D, The Situation, Snooki and the gang will all be paid exactly the same.

As we first reported, the cast negotiated their deals like the cast of "Friends" -- either they all got paid the same ... or nobody got paid.

We already posted that Vinnie took the $10,000 per episode offer, so we're assuming the price was right for the rest of the cast as well.