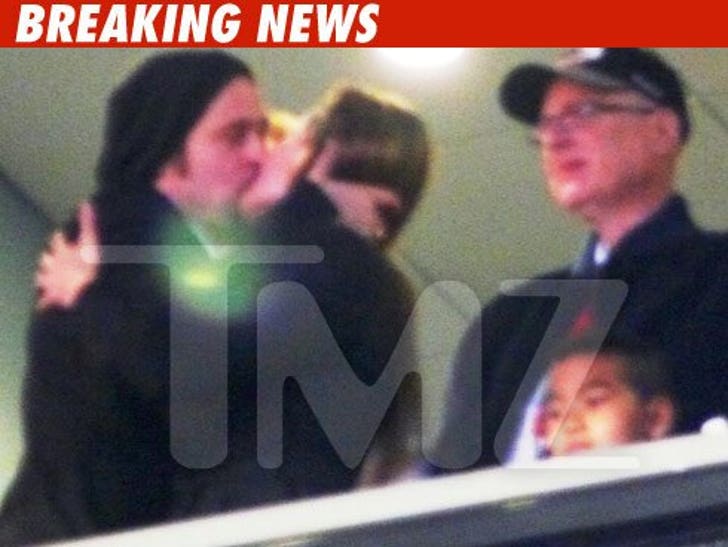 Brad Pitt and Angelina Jolie will sue News of the World for reporting the couple was splitting up. 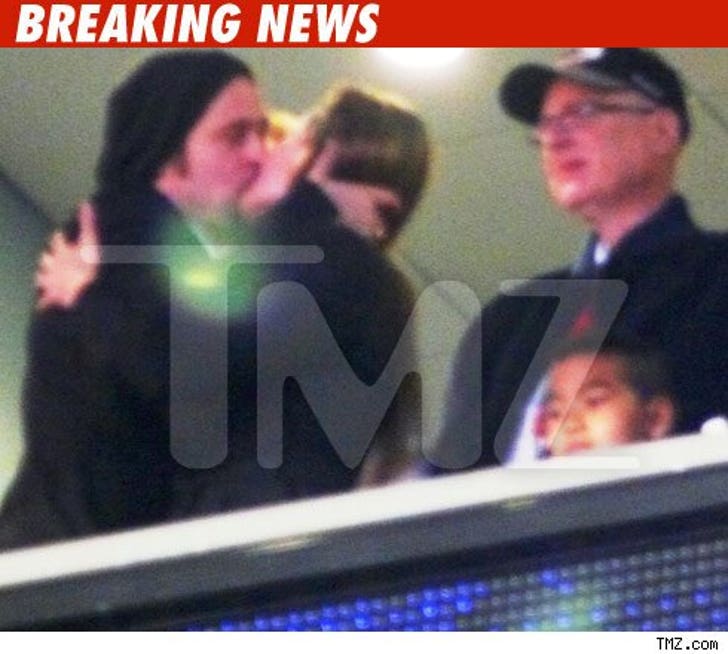 It's pretty clear News of the World was wrong. Exhibit A: This pic of the couple making out at the Super Bowl.

The tabloid published a report January 24 that Pitt and Jolie had called it quits and agreed to custody and property division.

The London lawyers for Pitt and Jolie, Keith Schillings, called the report a "false and intrusive allegation."

Schillings said News of the World refused to retract the story.