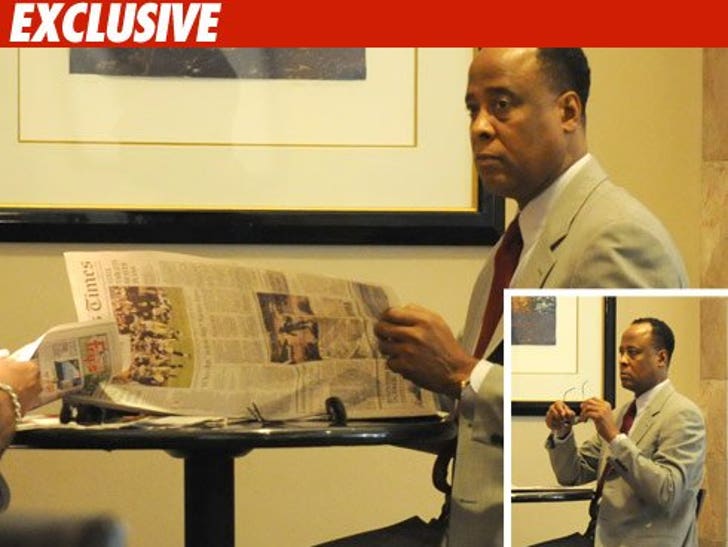 Less than an hour ago ... before he's charged with involuntary manslaughter in the death of Michael Jackson, Dr. Conrad Murray stopped by a coffee shop to read the paper ...and, we assume, get a cup of java.

When you're being accused of contributing to the death of the most beloved musician of a generation, the last thing you want to do in front of the judge is yawn.