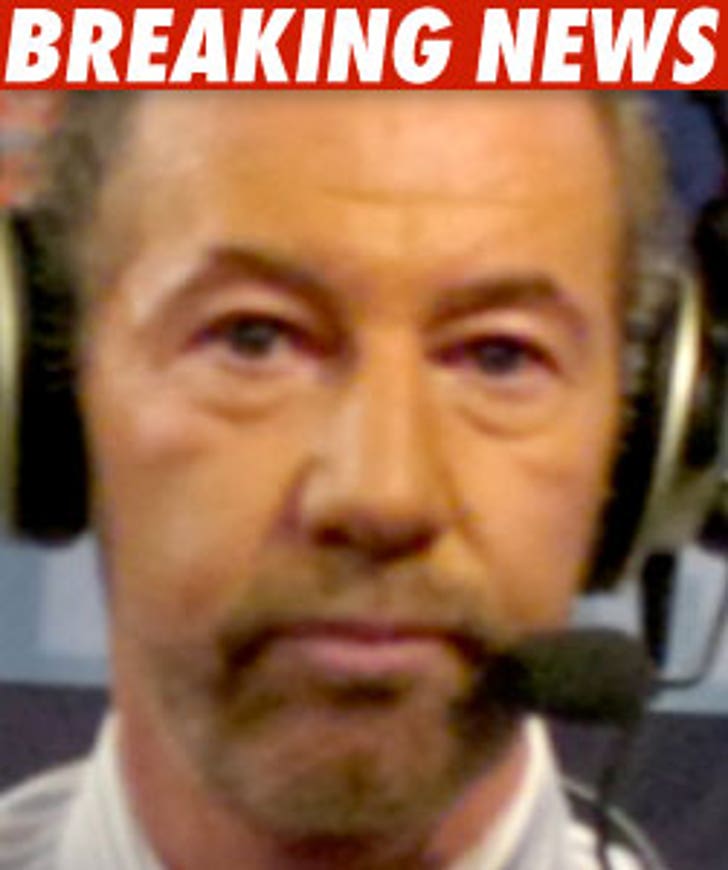 ESPN has officially suspended "Pardon the Interruption" host Tony Kornheiser for 2 weeks -- after TK made "hurtful and personal comments" about a female SportsCenter anchor.

The drama began last week on Kornheiser's radio show -- when he commented on an outfit Hannah Storm wore during a recent SC broadcast, saying her "Catholic school plaid skirt" was "way too short for somebody" her age. He also claimed her tight shirt looked like a "sausage casing."

Yesterday, Kornheiser did not appear on PTI -- and now an ESPN executive VP of content John Skipper is finally offering an explanation: "Tony Kornheiser's comments about Hannah Storm were entirely inappropriate."

Skipper added, "Hurtful and personal comments such as these are not acceptable and have significant consequences. Tony has been suspended from PTI for two weeks."

Kornheiser has already issued an apology on his radio show.