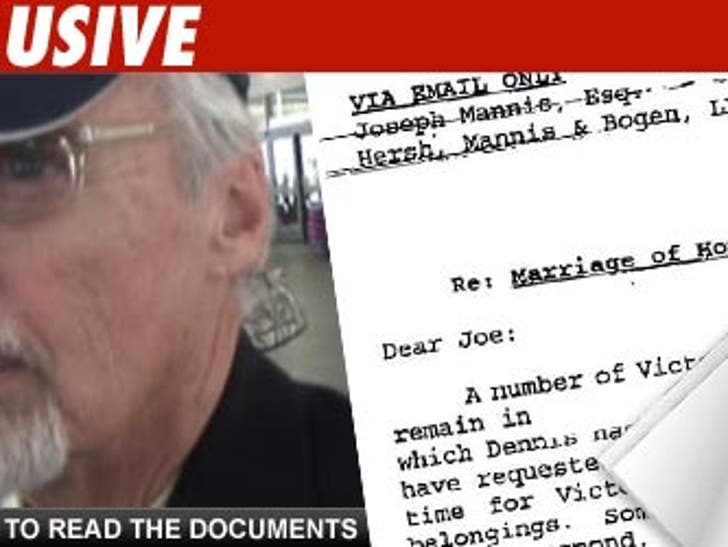 Dennis Hopper's wife swiped a whole junkyard worth of crap out of the actor's home since their epic divorce saga began -- this according to hilarious divorce docs filed today in L.A. Superior Court.

Victoria Hopper's lawyer fired off a letter to Dennis' lawyer on March 8 -- informing him his client's estranged wife had entered his home and taken several items she claims were hers ... including a laundry basket, some children's toys, a wastebasket, a cotton ball holder, an alarm clock, some towels, a magazine rack, toothbrushes, a coffee cup ... and chip clips.

According to Dennis' lawyer -- who called the whole thing "extremely confusing" -- Victoria "effectively looted" Dennis' house twice to remove these items, which include "more junk than can be imagined."

Victoria may be able steal back her little trinkets -- but according to the prenup, Dennis is keeping his fortune.