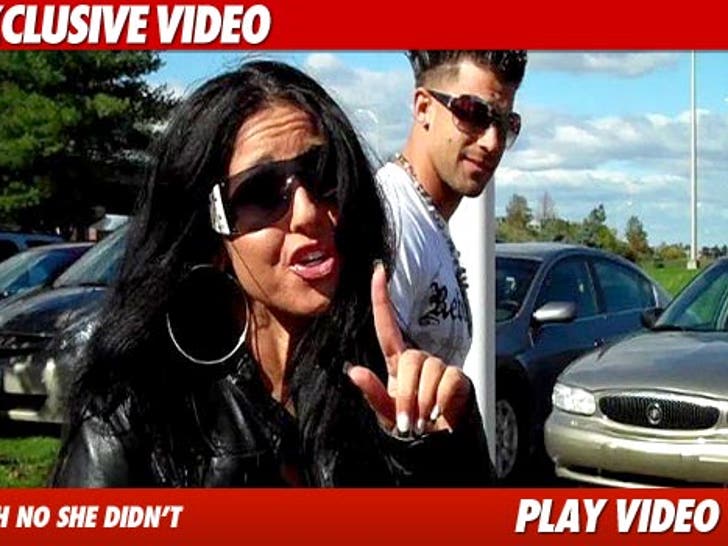 The Snook-alike who felt Jwoww's wrath during a TNA Wrestling brawl last week wants another shot at the "Jersey Shore" star -- claiming she only got beat down because Jwoww wasn't alone. 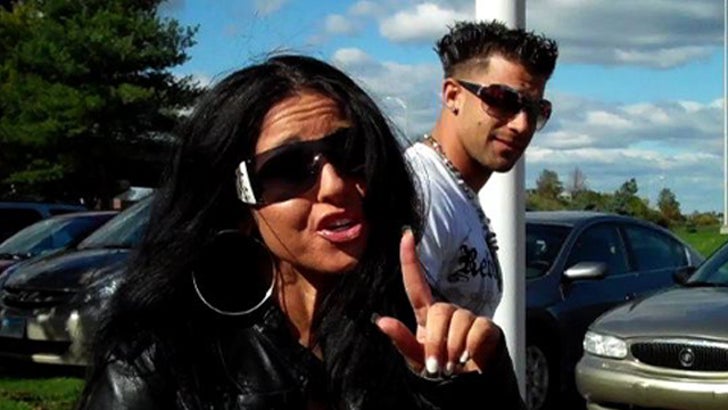 "Cookie" was leaving a wrestling convention in Jersey with her special friend "Robbie E."... when she blasted Jwoww for unleashing that "4-on-1" beatdown last week.

Cook then began to yap away about a rematch -- saying, "If [Jwoww] wasn't scared she'd come fight me again ... but obviously she's scared for a good reason, she's not gonna come back."

At least ... not unless Jwoww is contractually obligated. 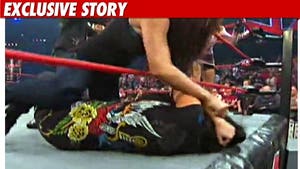 Jwoww Head-Bashing Victim: She Was 'Out of Control' 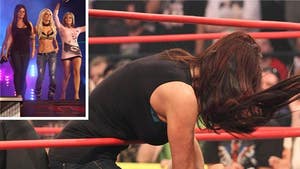 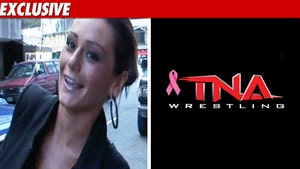