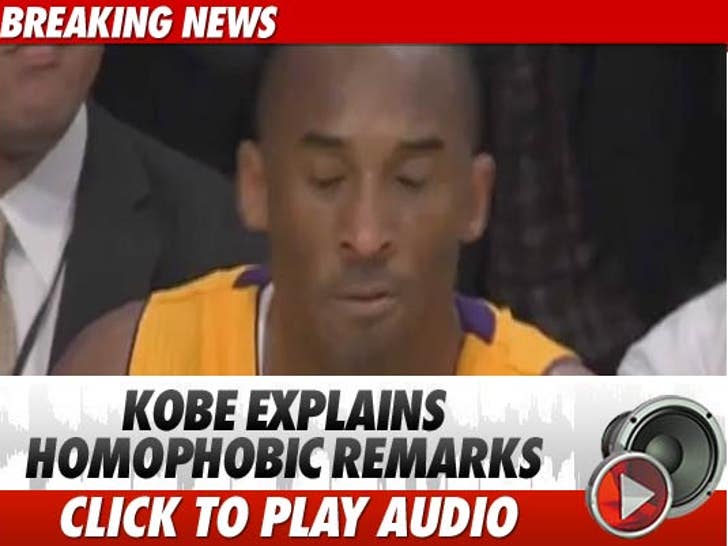 Kobe Bryant just wrapped up a live interview on ESPN radio -- where he said he plans to appeal the $100k fine issued by the league for dropping a homophobic slur during last night's game ... but he never squarely apologized for calling the ref a "f**king f**got."

Kobe said the decision to appeal the fine is "standard protocol."

Kobe also said, "The concern that I have is for those that follow what I say ... look to me as a role model .. for them not to take what was said as a message of hate or a license to degrade ... or to embarrass or tease ... because that's something I don't wanna see have happen."

Kobe stated he plans to talk to gay rights groups.

Kobe said his message to people is, "It's OK to be who you are." 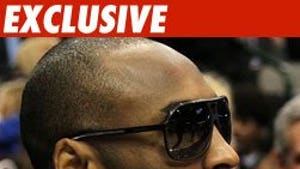