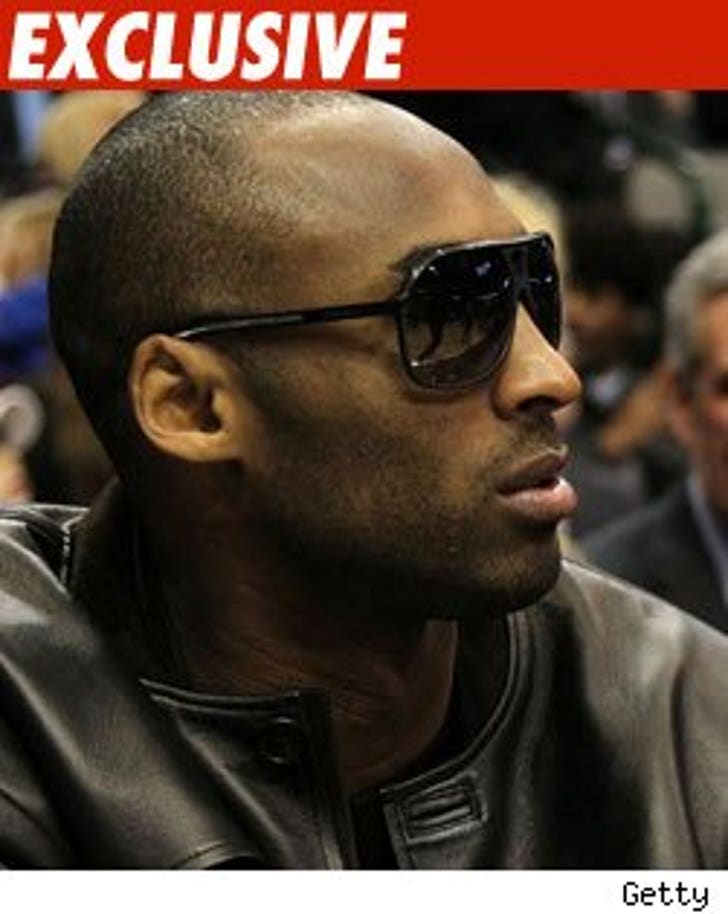 Kobe Bryant chose not to mix with scantily-clad women last night, and the night club that threw the shindig he was scheduled to host is pissed.

As we first reported, Bryant was splashed all over a poster promoting a party at Bacy's and sponsored by a magazine that features barely-clothed women.

Bryant, who you may remember had a little problem in Colorado a few years back, has done such a good job of rehabilitating his image -- the whole thing was a conundrum.

Kobe would never comment on the hosting gig, but the club insisted it had a signed contract. But when we arrived last night, there were signs posted saying Kobe would not be appearing ... the promoter and the patrons were none too pleased.

The sign read: "Due to circumstances beyond our control, Mr. Kobe Bryant will not be in attendance tonight. No refund beyond this point."