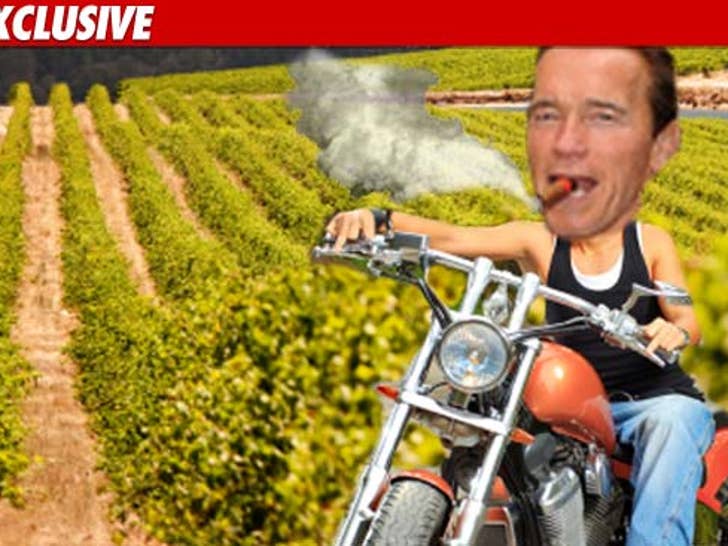 Weeks after Arnold Schwarzenegger split from Maria Shriver ... the ex-governor was quietly reflecting ... with a boozed-up bro trip to wine country last week -- TMZ has learned. 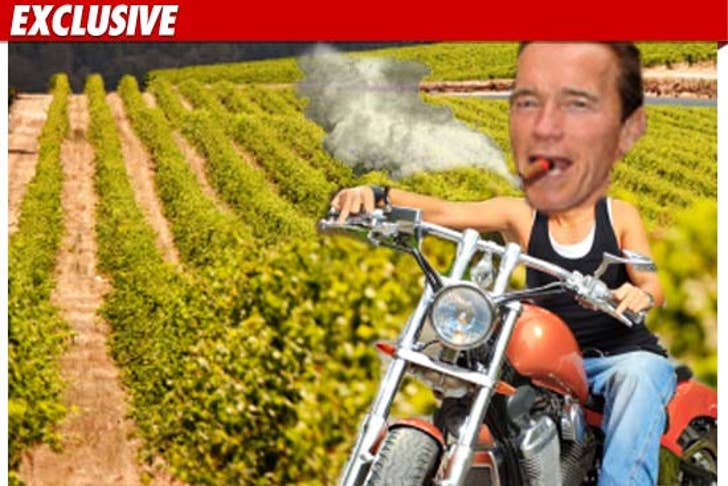 Sources connected to Schwarzenegger tell us, Arnold and five unidentified male buddies took off for Napa Valley last week for a few days of man-pampering -- crashing at one of the ritziest resorts in town ... the Meadowood.

According to sources, the crew hit up a different expensive restaurant every night -- and when they weren't eating out ... we're told they ordered tons of pricey wine to their hotel rooms, played lots of cards, and smoked cigars.

If that weren't enough -- we're told the guys also took several long rides around the valley on their Harleys.

Of course, Arnold and Maria announced their separation to the media just days after Arnie returned from his man-cation.

But he'll always have that one magical week in wine country with the fellas ...