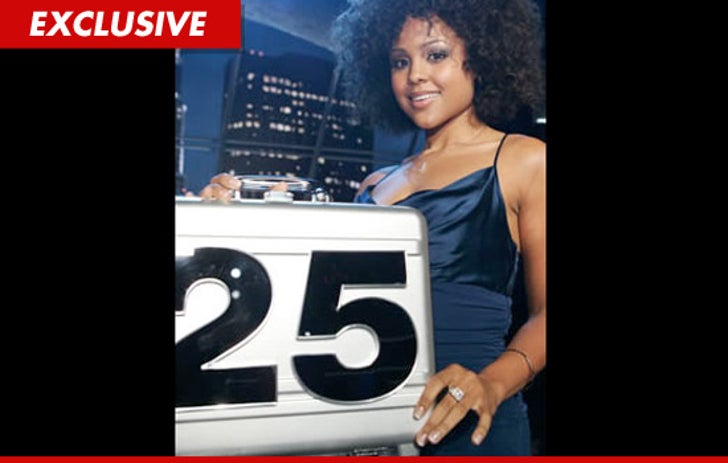 The chick who modeled briefcase #25 on "Deal or No Deal" was arrested Friday -- after she allegedly texted a very nasty word to her ex-fiance's new girlfriend ... a word that rhymes with BUNT.

-- who's also appeared in the movies "Hancock" and "Fired Up" -- turned herself in to police in Los Angeles Friday afternoon ... after her ex's new GF told cops she had received an obscene text message from Norman last week ... which read, "You're a f**king c**t."

Law enforcement sources tell TMZ ... the new GF also complained that someone had vandalized the outside of her apartment by writing various messages ... including "This girl sucks d**ks for free" and "This girl is a f**king c**t."

Norman was booked on the misdemeanor charge of making obscene or threatening phone calls ... and we're told Norman may eventually be hit with a vandalism charge as well.

Norman was released from custody just a few hours later. A call to Norman's rep has not been returned.