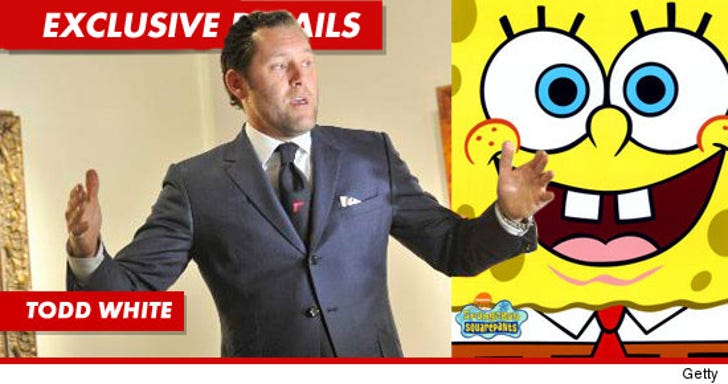 Todd White -- a former lead artist for "SpongeBob SquarePants" -- claims a gallery owner made a fortune by copying his precious works ... and now White says he has hard proof of the rip-off.

White filed a federal lawsuit against Margaret Howell last week accusing her of making "dozens of unauthorized copies" -- and selling them for, potentially, hundreds of thousands of dollars.

White's legal team provided the images below -- which they claim shows how Howell illegally copied one of Todd's pieces. They allege the "fake" was sold for several thousands of dollars. 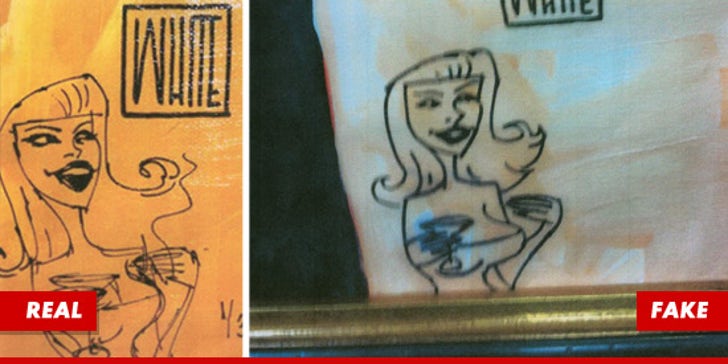 White is suing Howell and The Gallery HB -- in Huntington Beach, CA -- for more than $5 million in damages.

Howell actually fired the first shot in this legal war when she sued White ... claiming he sent thugs to force her to sign an agreement returning his artwork and copyrights. Howell's attorney has said she only signed "out of fear for her life."

White denies that accusation -- and his lawsuit specifically asks the court to declare the signed agreement valid. 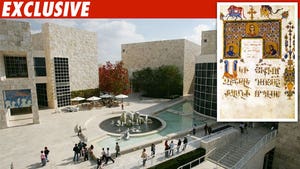