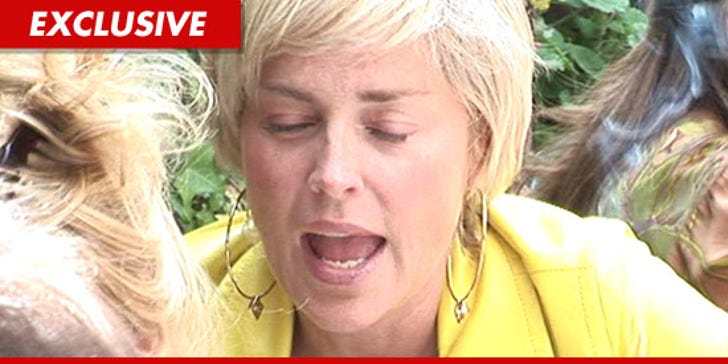 Sharon Stone just got a restraining order against a man who was arrested last month outside her Hollywood Hills mansion -- a man who was banging at her gate, claiming he helped kill Osama bin Laden.

According to the legal docs, obtained by TMZ, Phillip Barnes went to Stone's house twice, uninvited, claiming he was the father of one of Sharon's kids. And she says Barnes wrote her a letter warning her not to date anyone.

Stone says Barnes is mentally ill and possibly a delusional schizophrenic, claiming he was introduced to her by his CIA friend.

According to the restraining order, Barnes was ordered to stay 100 yards from Sharon and her kids.