Steven Busti claims he created the concept for "Cowboys & Aliens" way back in 1994 -- 17 years before the movie was produced.

Busti wrote a comic called "Cowboys and Aliens" that was published in a comic book called, "Bizarre Fantasy." Busti's story line goes like this ... aliens landed on planet Earth and invaded the Old West. That's pretty much the same concept for the 2011 movie and the graphic novel published by the film's producers 5 years earlier. Busti alleges many other similarities as well.

So the question -- Did the producers know about Busti before they penned the graphic novel and the movie? Well, according to a lawsuit filed today in federal court in Texas, Busti notes back in 1994, his "Cowboys and Aliens" was featured in Comic Shop News on the same page that also featured a story about Scott Mitchell Rosenberg -- who produced the 2011 film. So there! 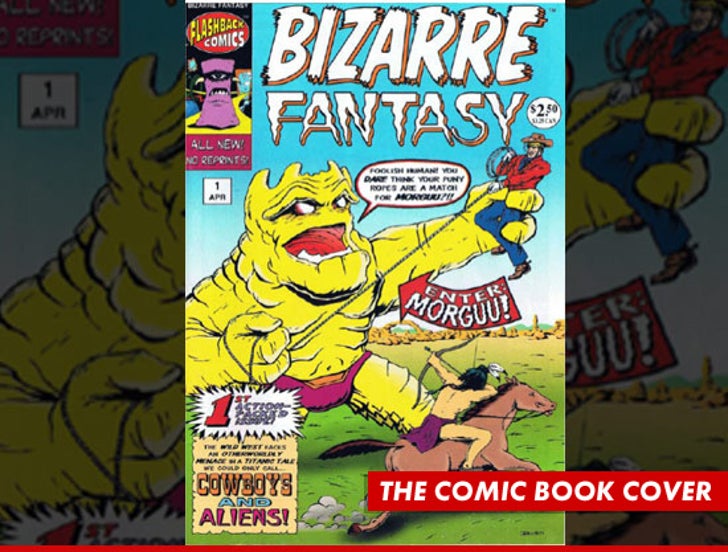 Busti is suing for copyright infringement and is seeking unspecified damages. Worth noting ... as poorly as it was reviewed, the movie made over $100 million.

So far, no word back from any of the producers.