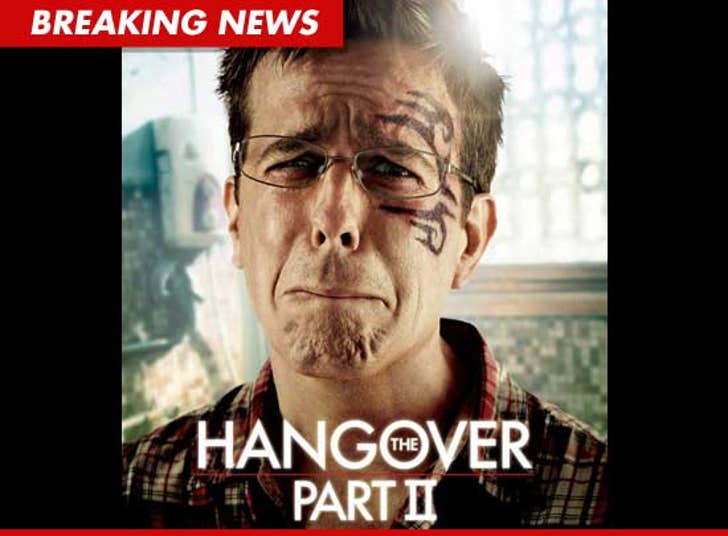 The man who was Ed Helms' stunt double in "The Hangover 2" is suing Warner Bros -- claiming he was badly injured during a high speed stunt-gone-wrong for the movie last year in Bangkok, Thailand.

The stunt man -- Scott McLean -- filed a lawsuit in California federal court on Tuesday ... claiming he was participating in a stunt where he had to lean out of the window of a moving truck ... when something went terribly wrong.

According to McLean, another car involved in the stunt skidded out and crashed -- resulting in a major collision.

McLean claims the stunt required "precision and timing" -- but after the stunt was underway, the stunt coordinator changed the timing ... which screwed up everything.

McLean is suing for unspecified damages.

9:01 AM: A rep for Warner Bros. tells TMZ, "We were shocked and saddened by this accident and have been working closely with Scott and his family throughout his treatment and recovery."

The rep adds, "We have offered continual support since the accident occurred and we are working together to try and resolve any outstanding issues."