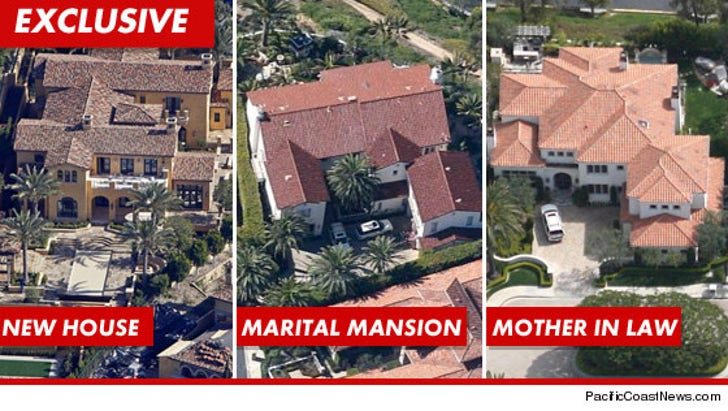 Kobe Bryant's wife Vanessa is the big winner in their divorce property settlement ... TMZ has learned.

Sources connected to the couple and with direct knowledge of the situation tell TMZ ... the property settlement agreement is signed, sealed and delivered -- a done deal.

Vanessa is walking away with $75 million, which we're told represents close to half of their total assets, estimated at around $150 million.

TMZ previously reported several transfers of property earlier this year between Kobe and Vanessa. It turns out, based on the property settlement, Vanessa scored a clean sweep, snagging ALL THREE of the former couple's mansions in the Newport Beach area.

Vanessa just scored 3 ... where it counts.