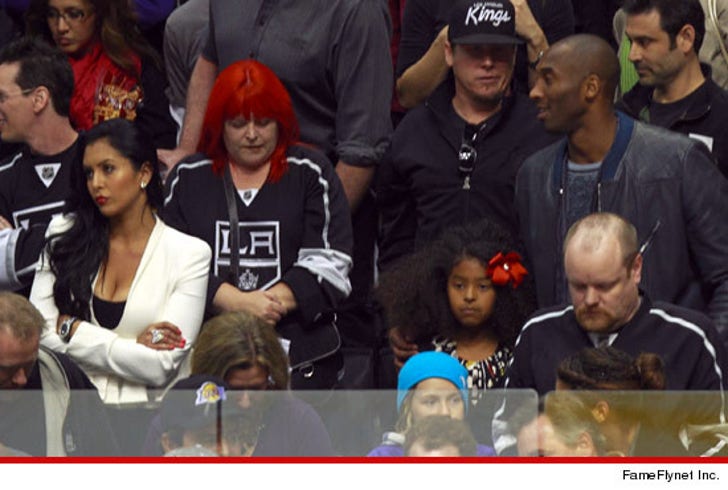 Just two months after Kobe Bryant and his estranged wife Vanessa shared a Valentine's Day kiss (below) -- fueling hopes of a reconciliation -- the two hit up the L.A. Kings playoff game with their daughters ... as "really good friends."

Sources close to Kobe tell TMZ ... the divorce is still on ... but Kobe is adamant the two are "really good friends" who still love each other.

As TMZ first reported, Kobe has been "aggressively" trying to save his marriage.

We're told Vanessa was open to the idea of a reconciliation ... but as of now, the divorce is still expected to move forward with Vanessa set to walk away with all three of the Bryant's Newport mansions PLUS $75 million in cash.