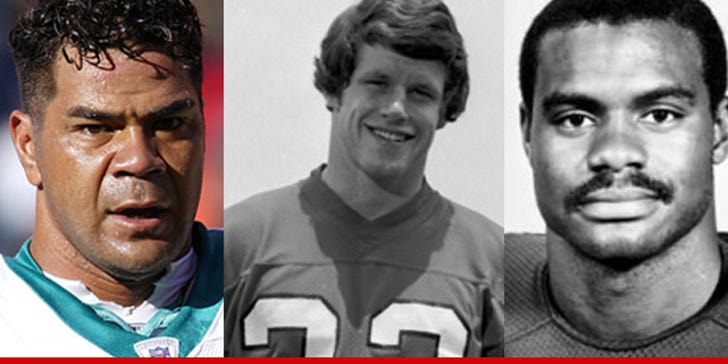 Junior Seau is the latest of several former NFL players to commit suicide -- and all the deaths might be linked ... through brain-related injuries sustained during the players' football careers.

Easterling filed a federal lawsuit in Philly against the NFL in 2011 over its handling of concussion-related football injuries -- claiming the league intentionally concealed links between the injuries and the game.

Dozens and dozens of similar concussion-related lawsuits have also been filed against the NFL -- but the league insists the allegations are without merit.

Before his death, he texted his family asking for his brain to be used for research (hence why he shot himself in the chest). Months later, researcher neurologists at Boston University confirmed Duerson had suffered from a neurodegenerative disease linked to concussions.

It's possible Junior Seau shot himself in the chest for the same reason.

Terrell Owens had TWO near-death encounters involving pills -- most recently on October 6th, when his assistant called 911 claiming the NFL star had OD'd. T.O. nearly died back in 2006 too, after downing 36 Vicodins.

As we reported, Junior Seau drove his truck off a California cliff back in 2010 following a domestic violence arrest. It's unclear if it was a suicide attempt.