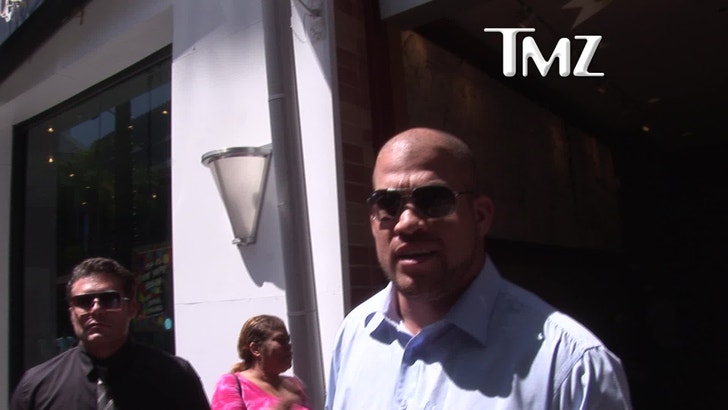 Tito Ortiz is coming out swinging against the guy that beat him into retirement -- telling TMZ, Forrest Griffin's use of testosterone before the fight sets a terrible example for kids ... and UFC fans in general.

In case you didn't know, Forrest underwent a controversial treatment before his July 7th bout against Tito Ortiz -- the final fight of Tito's 15-year career with UFC.

The treatment's called TRT (Testosterone Replacement Therapy) and it's commonly been used by older MMA fighters, like Dan Henderson and Chael Sonnen. The treatment's said to boost testosterone levels in older fighters to that of a fighter in his 20s.

Proponents say the treatment levels the playing field among young and old fighters alike -- but Tito disagrees ... ripping Forrest for using TRT, saying, "I don't think it was a good thing to show our kids."

Tito added, "Setting a good example is doing the right thing. And that's being drug-free."

Now the big question, will Tito seek a rematch??? Watch the video to find out.