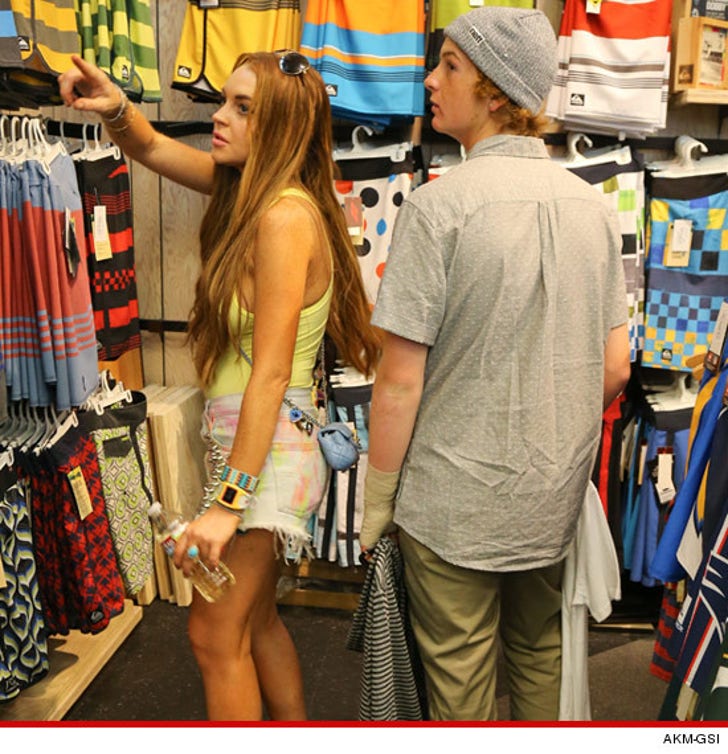 Lindsay Lohan's back to her old ways -- at least in the reckless spending department ... because TMZ has learned, she recently dropped nearly $3,000 on a surf-themed shopping spree in O.C.

Lindsay and her bro Cody hit up the famous Jack's surf shop in Huntington Beach Friday -- and according to the receipt, the actress spent a total of $2,723 on surfer swag for her brother ... and that was WITH a 30% famous-person discount. 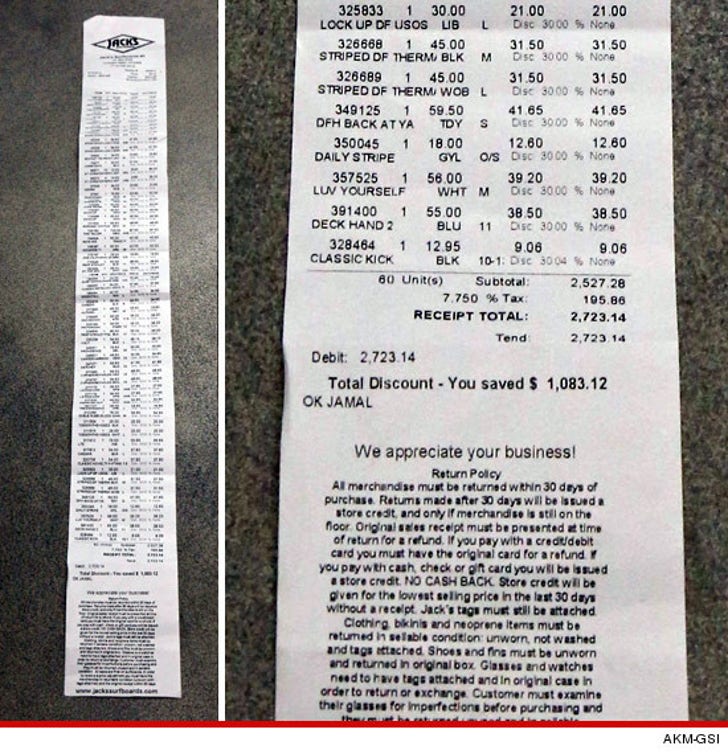 We're told Cody's an aspiring surfer -- and Lindsay wants to encourage him as much as possible by kitting him out. 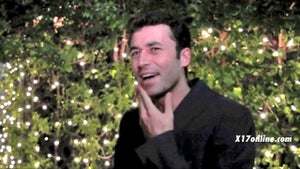 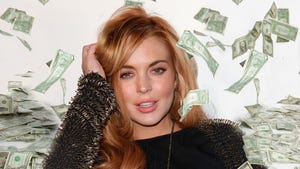