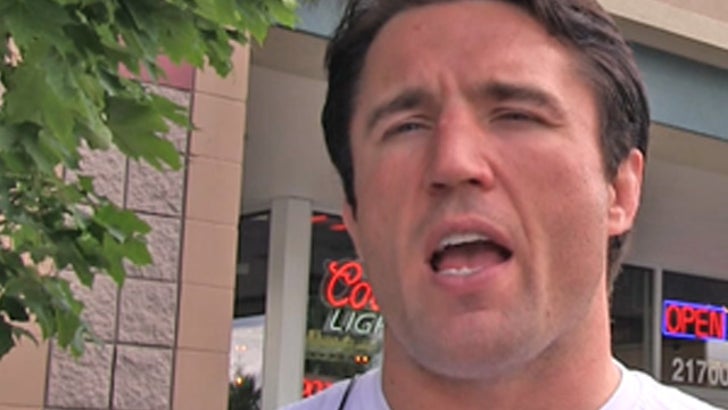 Chael Sonnen is TEARING into Jon Jones ... calling the UFC champ an "entitled bratty kid" for refusing to fight him at UFC 151.

Chael was hangin' out in front of his pizza joint in Oregon ... not training ...  since Jones refused to accept Chael as a replacement fighter for Dan Henderson, who had to pull out of UFC 151 due to a knee injury.  The event has since been canceled entirely ... the first time the UFC has EVER canceled an event.

Sonnen is clearly furious with Jones ... claiming his refusal to take the fight is an act of "treason.'

"Jon Jones isn't gonna fight me next Saturday ... what else does he have to do? Is there a wine-tasting at a race track or something?"

Sonnen took another jab at Jones -- making light of his DUI bust.

In the end, Chael insists Jon can run ... but he can't hide ... saying they WILL eventually cross paths in the octagon.

"All he is doing is delaying the inevitable." 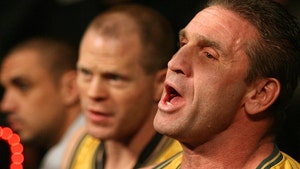 Ken Shamrock -- Accused of Battering Woman ... Thought She Was a Man 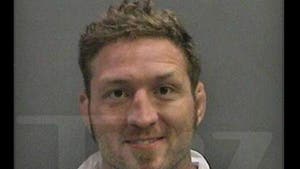 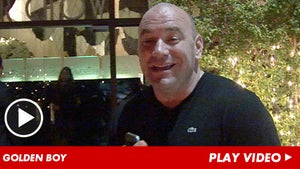