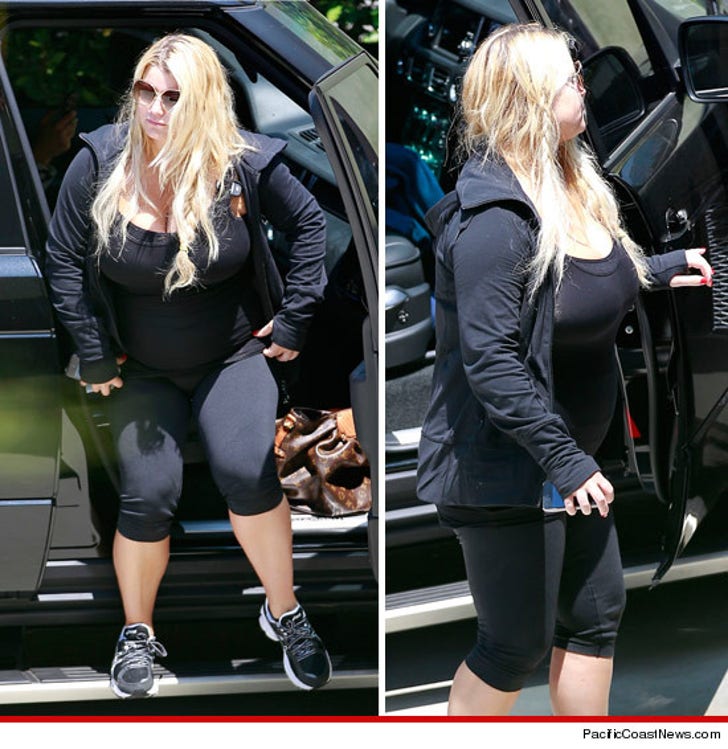 Jessica Simpson has two huge obstacles to overcome on her quest for her old bod ... her giant boobs ... 'cause Jessica says they've gotten so big, she can't go running.

Simpson is finally discussing her tremendous weight gain to People.com, claiming she packed on the pounds during her pregnancy because "It was the first time I was ever pregnant, and I wanted to enjoy it."

Jess says she loaded up on mac and cheese and other crap that's delicious but terrible for you ... because "I didn't realize [the weight] didn't all come off with the baby."

Of course she didn't.

Now, Simpson is working out with a fancy Hollywood trainer ... but refuses to go running because she doesn't want to end up with two self-induced black eyes ...saying, "My boobs are way too big to run at this point."

Despite all the fatness, Simpson is committed to revealing her new, skinnier, Weight-Watchers assisted body on September 10 ... on Katie Couric's new show. Can't wait.