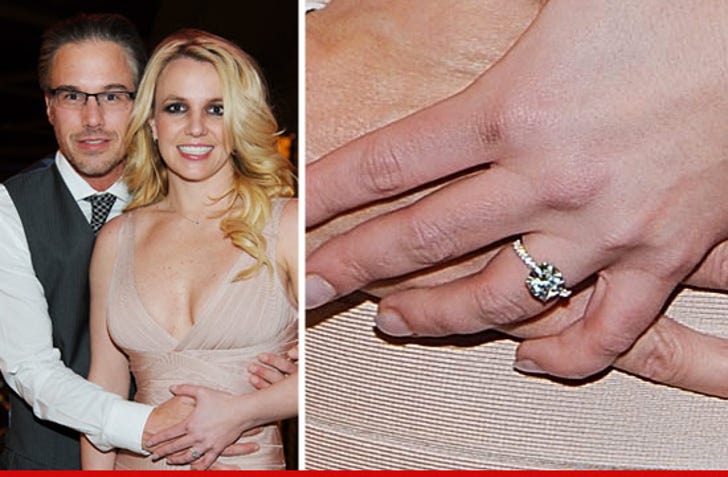 The newly-unencumbered Jason Trawick is once again the proud owner of a $90,000 engagement ring ... because we've learned Britney Spears has already given it back.

Sources connected with the couple tell TMZ ... Jason did not ask Brit to return the 3.5-carat, Neil Lane ring ... she returned it on her own.

By the way ... there are reports that Britney bought the ring herself. Not true.

FUN FACT: In California, the ring -- which in legalese is a "gift in contemplation of marriage" -- must be returned if the wedding is cancelled, UNLESS the dude is the one who called the whole thing off. If it's a mutual break-up, or if the woman is the one who pulls the plug, the ring goes back to the guy.

The question -- If Jason gets engaged again, is it bad luck to give that ring to his fiancée?