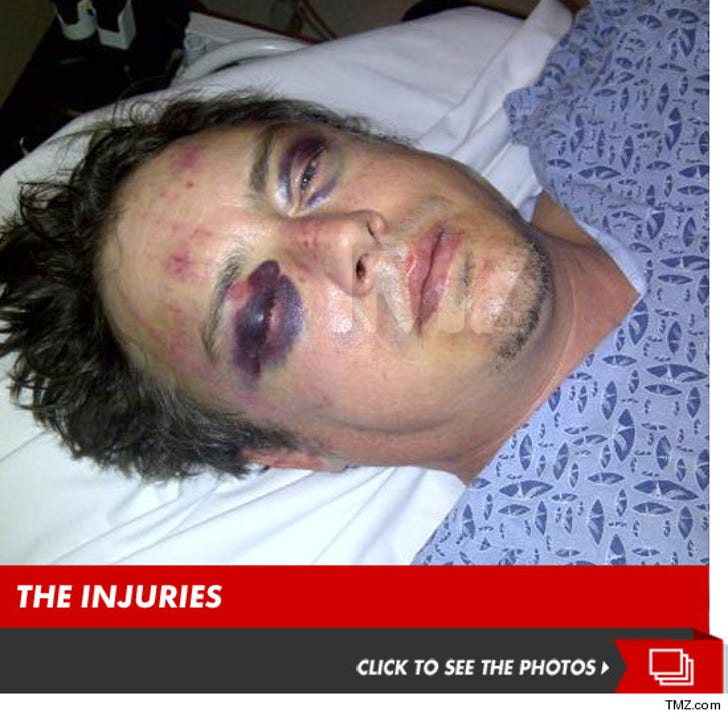 Jason London's face was a broken, swollen mess following the crazy brawl at the Martini Ranch bar in Scottsdale, AZ on Sunday ... and it's clear Jason was on the losing end of the fight.

A rep for London tells TMZ ... the actor doesn't exactly remember how the violence began -- but says he DOES remember that someone had approached him in the bar and accused him of "looking at his friend's girl." Jason says the man then got physical with him.

Jason says the next thing he remembers is getting arrested ... but before he wound up in cuffs, the actor claims he was brutally assaulted by the bar's security staff ... and he doesn't know why.

"Jason's injuries are consistent with a brutal attack with deliberately and expertly aimed landed shots to the head which, according to eyewitnesses, continued even after he was unconscious," the rep tells TMZ.

We're told Jason suffered a right orbital fracture in the attack ... as well as a sinus fracture, multiple contusions, hematomas, abrasions and a concussion.

Jason claims he didn't throw one punch -- and his fists can back up his claim, because there are no bumps, bruises or cuts on either of his hands. 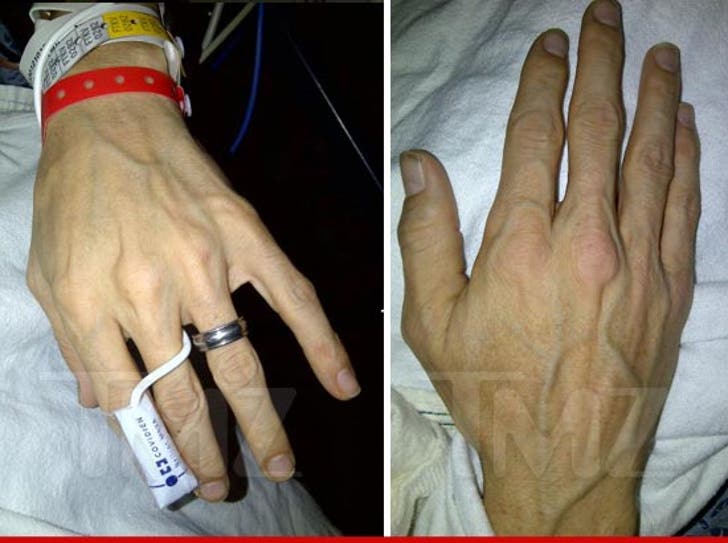 Jason's story is a stark contrast to the police report, first obtained by TMZ ... in which cops say London was a drunken, obnoxious mess who instigated the fight and even attacked police.

London was eventually arrested for disorderly conduct/fighting and assault.

The owner of the Martini Ranch tell TMZ ... "We stand behind our security staff."

He adds, "We feel confident that when the time comes between witnesses, police reports and our surveillance footage, that the truth will come out and show that the comments by Mr. London and his people are clearly inaccurate."