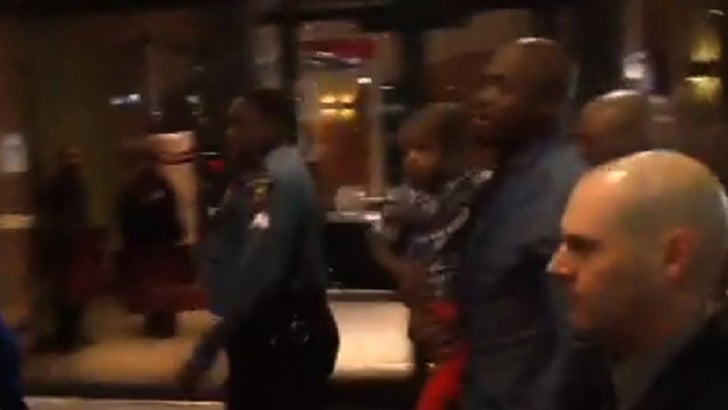 Minnesota Vikings star Adrian Peterson -- aka Purple Jesus ... aka one of the greatest running backs of all time -- says he'll NEVER LET HIS SON PLAY FOOTBALL!!!

Peterson was out in Houston last week for All-Star Weekend -- carrying his young son -- when he said, "This is Adrian Jr. He won't be playing football."

There are a million possible reasons for why a dad wouldn't let his son play football -- but coming from one of the greatest NFL players ever, it's pretty shocking.

The likely explanation ... the game of football has recently come under intense scrutiny for its long-term health risks -- following the high-profile suicides of several NFL stars, including Junior Seau.

The deaths have been attributed to a brain disease stemming from injuries the players sustained during their careers.

Even President Obama has commented on the health concerns -- saying if he had a son, he would have to think about whether he would let him play football.

Granted, it's not like Adrian's kid will ever need pro football money ... but we still gotta ask ...