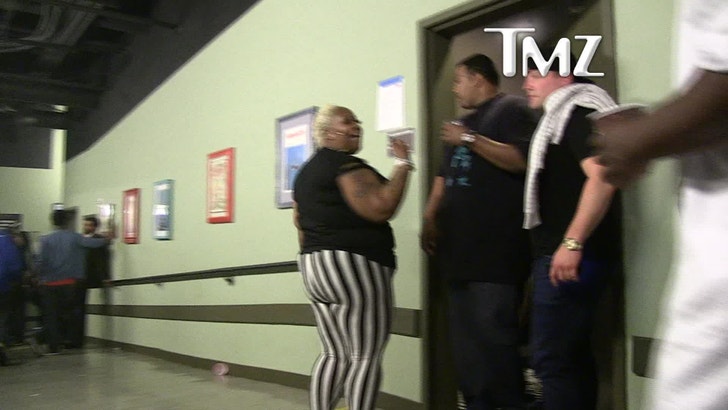 Ray J used another one of his appendages early this morning to take care of business ... this time beating down a dude in a violent confrontation that started when Mr. J called a woman a "fat bitch."

It went down at Club Nokia in downtown L.A. at 1 AM, after Mack 10 and Jamie Adler's West Coast Fest concert.

A woman goes nuclear on Ray J ... an eyewitness tells TMZ Ray J hurled the insult at her and she just goes off, screaming, "You said f**k me fat bitch." Ray J tries to calm her down, to no avail.

It's unclear how the fight started, but Ray J and some dude got at it, and it's pretty clear ... Ray beats the other guy's ass.

The woman in the video who's going off on Ray J is Paulie, Suge Knight's niece.