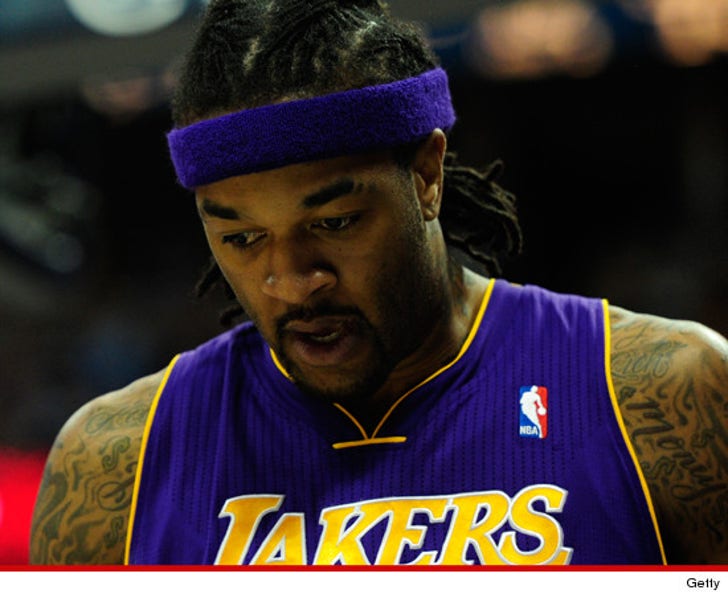 Lakers forward Jordan Hill's ex-girlfriend is suing him over an alleged domestic violence incident -- the same incident he pled no contest to in criminal court last year ... TMZ has learned.

According to the suit filed by Darlene Luna today in L.A. County ... she and Hill got in a knock-down, drag-out fight at his Houston apartment back in February, 2012.

Luna alleges Hill punched her in the legs multiple times ... "as if they were punching bags" -- and also threw her down and put her in "a choke-hold, constricting her throat for a terrifying duration."

Hill was charged criminally for the incident last year and struck a deal -- getting a one-year deferred sentence and a $500 fine in exchange for his 'no contest' plea.

A call to Hill's rep has not been returned.