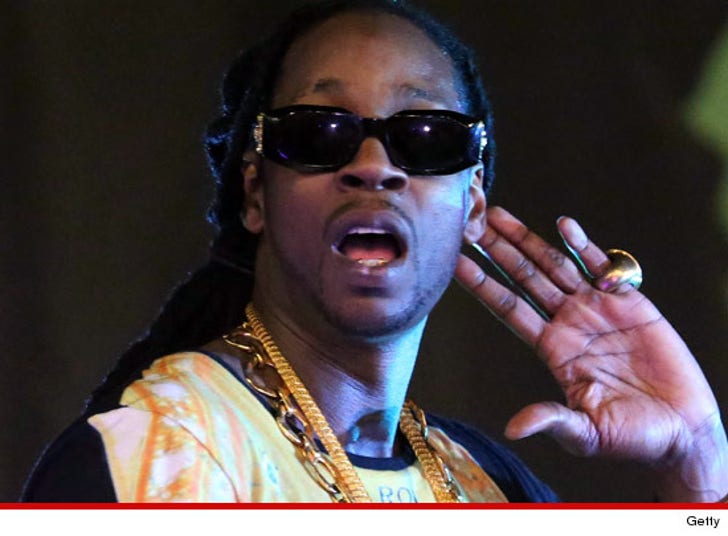 7:30 PM PT: According to law enforcement, 2 Chainz was on board an outbound flight waiting to take off when TSA officials discovered the drugs in his checked luggage. He was subsequently removed from the aircraft before it departed, and placed under arrest.

2 Chainz has been booked on felony narcotics possession. Law enforcement sources tell us ... Chainz was in possession of Promethazine -- one of the 2 main ingredients in sizzurp. He also had pot, but less than an ounce.

2 Chainz was just arrested at LAX ... after cops allegedly found weed on the "I'm Different" rapper as he was trying to board an airplane, TMZ has learned.

Sources tell us ... 35-year-old 2 Chainz is currently being booked for possession of marijuana after he was caught with pot in Terminal 5.

Just yesterday, 2 Chainz -- real name Tauheed Epps -- was tweeting about how impressed he was with the weed in San Francisco.

So far, cops are not commenting on the situation.