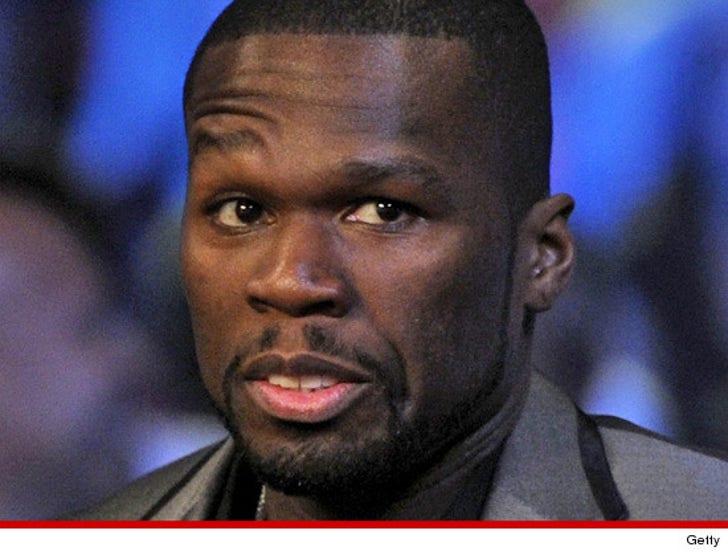 3:43 PM PT -- Apparently, the Billy Jean tweet didn't really mean anything, he just happens to be listening to Michael Jackson music ... writing, "I'm in the car I haven't been arrested. I'm listing to MJ#SMSAUDIO"

50 Cent just posted a tweet that seems like it's directed at his accuser -- "look billy jean your not my lover."

It's unclear if he's trying to say he's not the father of her child.

50 Cent has been charged with domestic violence after the rapper allegedly kicked one of his baby mamas and destroyed a bunch of property in her condo last month ... TMZ has learned.

The L.A. City Attorney tells TMZ ... 50 is accused of causing $7,100 in damage during the June 23 incident, which took place inside the victim's condo in Toluca Lake, Ca.

According to officials, LAPD officers were called to the scene ... and the woman told cops she had gotten into an altercation with 50 and locked herself in the bedroom.

50 -- real name Curtis Jackson -- allegedly got so mad, he kicked down the door and kicked her, resulting in an injury.

Officials say the 37-year-old rapper is also accused of breaking chandeliers, furniture, a TV and a lamp -- and allegedly ransacked the bedroom closet -- during his rampage.

50 has been hit with 5 charges in total -- including 1 count misdemeanor domestic violence and 4 counts of misdemeanor vandalism.

TMZ shot footage of 50 with his crew at Mr. Chow in Beverly Hills on the night of the alleged attack -- but it's clear, he was in no mood to talk. 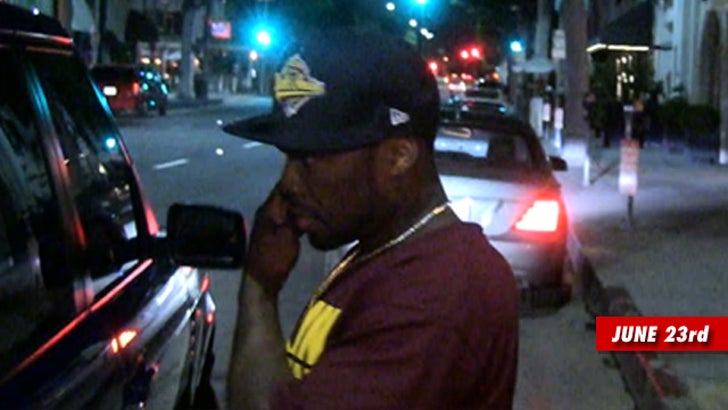