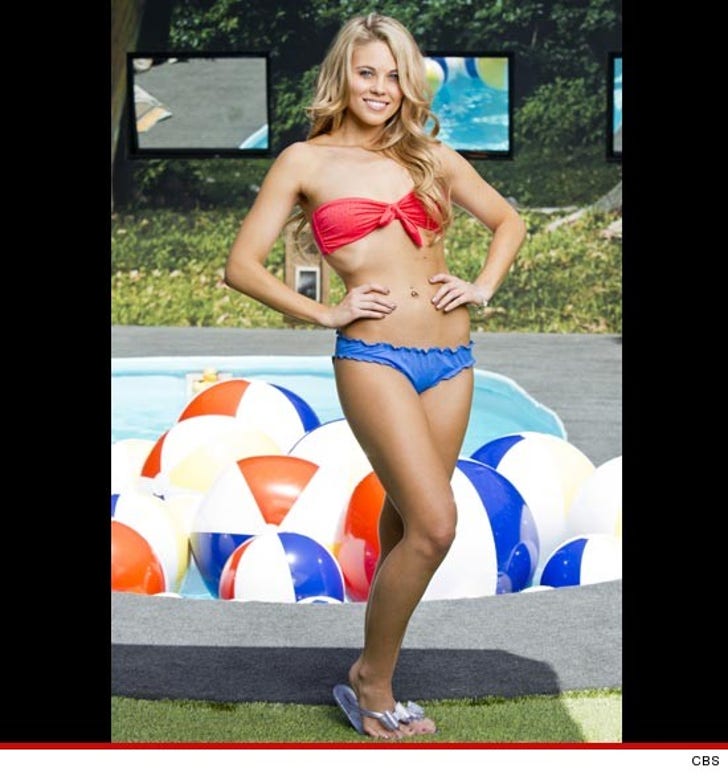 Aaryn Gries -- the Paula Deen of the "Big Brother" house -- has been dropped by her modeling agency after dropping racist and homophobic comments in the BB house ... TMZ has learned.

Gries has been under fire for referring to a gay houseguest as a "queer" ... AND for telling an Asian-American houseguest to "shut up and go and make some rice" ... AND for saying racist stuff about black people.

When referring to a black contestant, Aaryn said "Be careful what you say in the dark, you might not be able to see that b*tch."

Now, Zephyr Talent in Austin, Texas says they've seen enough -- and have decided to DROP Aaryn from the agency because of her filthy mouth.

"Aaryn, season 15 cast member of Big Brother, revealed prejudices and other beliefs that we (Zephyr Talent) do not condone."

Zephyr continues, " We certainly find the statements made by Aaryn on the live Internet feed to be offensive. Upon much consideration, we have decided to release Aaryn from her contract with Zephyr Talent."

Obviously, Aaryn cannot be reached for comment -- 'cause she's still in the BB house ... with all of those people she hates.