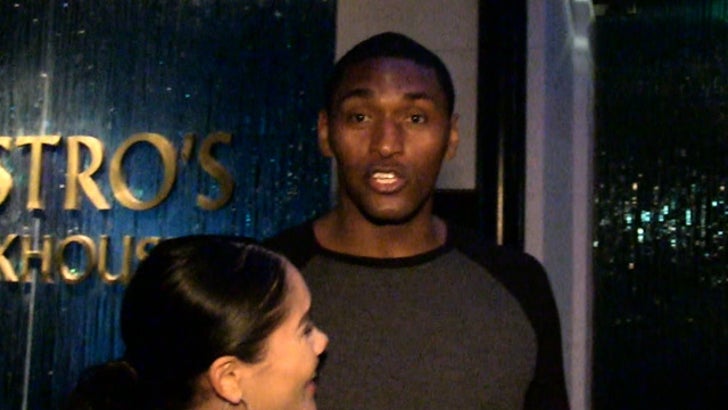 You'd THINK Los Angeles Lakers star Metta World Peace would be one of the FIRST one's to know that Dwight Howard ditched the team for the Houston Rockets ... turns out, he was one of the last.

Metta was leaving Mastro's in Beverly Hills on Saturday night with his GF Shin Shin when we asked how he felt about the move -- but to our surprise (and his), Metta told us he had NO IDEA Howard picked the Rockets.

Metta explained he doesn't pay attention to basketball in the off-season (he spends his time watching TMZ) ... but says he'll call Dwight to figure out what the hell went wrong.