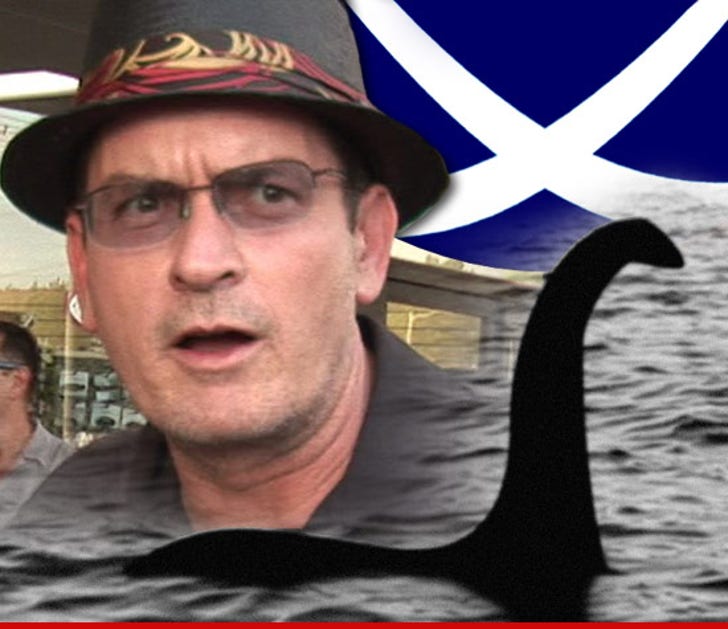 Charlie Sheen fueled up his private jet for a 24-hour mission to accomplish what no one else has been able to for the last 80 years ... find the Loch Ness Monster.

Charlie flew to Scotland last week -- and sources close to the Warlock tell us it was literally a last minute call ... like most of his decisions.

We're told Sheen brought along his two pals -- ex-baseball star Todd Zeile and longtime stand-in Brian Pekk (below) ... and a sweet helmet for the adventure -- which included renting out a Loch-side castle. 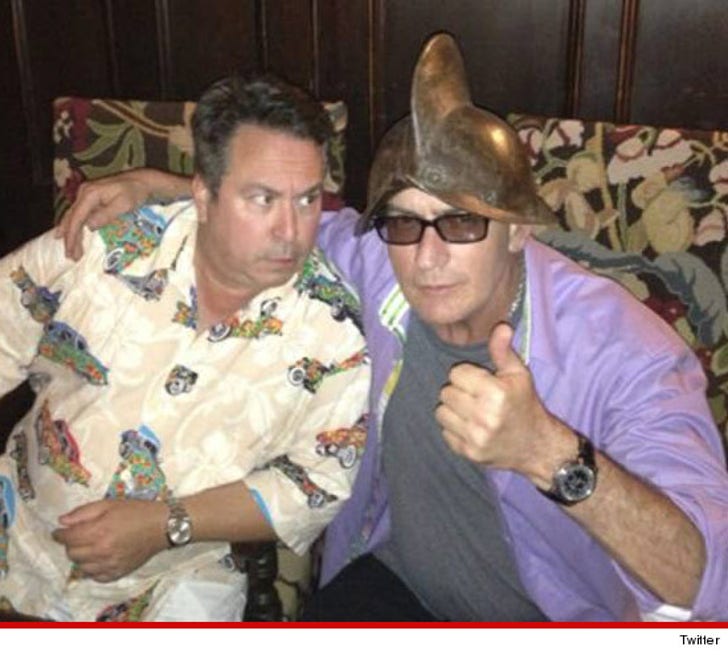 Now, here's the awesome Sheen twist ... we're told Charlie and co. rented a boat and headed out to search for Nessie -- armed only with a bottle of scotch!

Shockingly, the group came up empty and got the hell outta Scotland the very next day ... flying back to L.A. without even a blurry, out-of-focus glimpse of the monster. 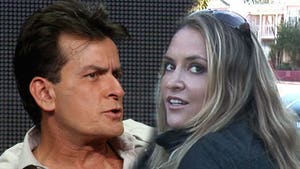 Charlie Sheen To Brooke Mueller: I'm Gonna Cut You Off! 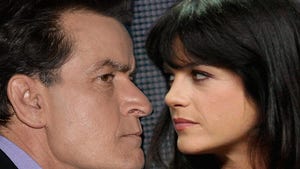 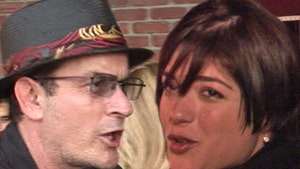