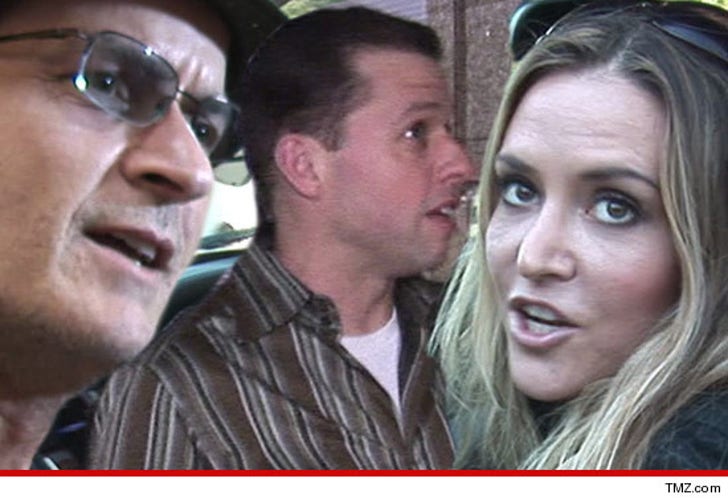 Charlie Sheen is using his old "Two and a Half Men" co-star Jon Cryer to try to convince the courts that Brooke Mueller's child support payment should be reduced from $55,000/month to ZERO ... TMZ has learned.

As TMZ first reported ... Charlie filed documents requesting the massive change in child support because Brooke currently doesn't have custody of their boys, Bob and Max ... while she's in and out of rehab.

In the docs, Charlie references Cryer's divorce -- where his ex-wife was arrested in 2009 for alleged child abuse and temporarily lost custody of their son.

Charlie says Cryer requested his support payments "be reduced from $10,000 per month to zero" -- and the court did lower the amount of support ... thereby setting a precedent, Charlie feels, for his current situation with Brooke.

The docs also list some astronomical financial details, such as the fact Charlie earns more than $740,000 per month (before taxes) -- and has more than $90,000/month in expenses on all his homes.

By the way, that $55k isn't all Brooke gets each month -- according to Charlie he also foots the bill for ALL the kids' expenses ... including therapy, medical, schooling, and more -- for a grand total of $30,000/month.

It's clear Charlie's point to the court is -- Brooke doesn't need the the $55k anyway.