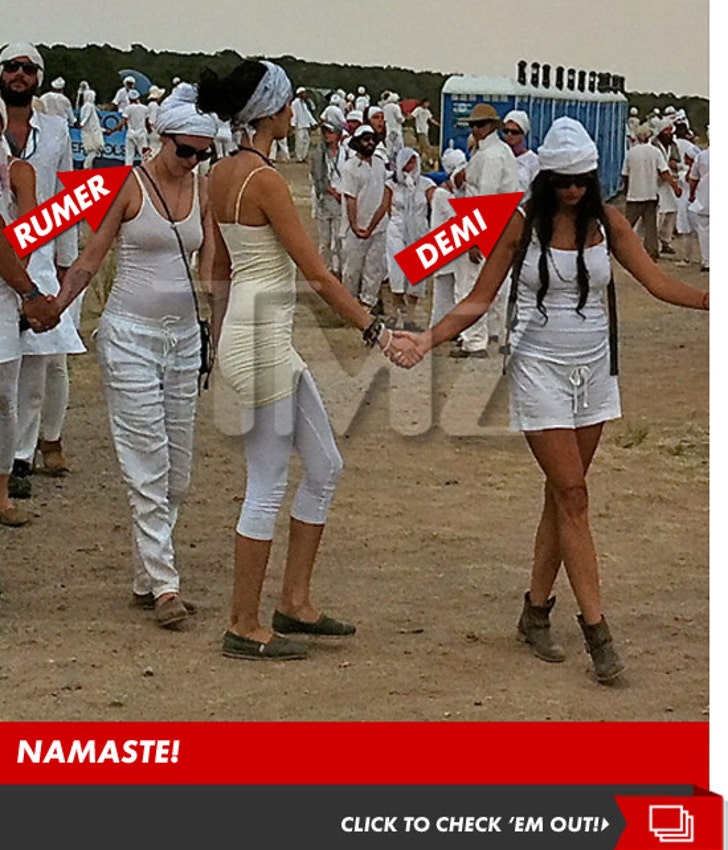 Demi Moore took a whirlwind trip to New Mexico last month and got really high in the desert -- well, at least her level of consciousness did ... 'cause it was all for a special, secret yoga event ... and TMZ has the pics.

Our yoga sources -- yes, we have yoga sources -- tell us the practice helps people "break through the subconscious blocks that enslave the mind" ... while wearing cool white clothes.

We're told one of the highlights of the event was the "Blind Walk Meditation" -- when Demi joined hands with 10 other people (all with their eyes closed) and walked around chanting, "Waheguru."

The exercise is said to help people become aware of their senses and build trust with others.

All in all, the event helped people become one with themselves and nature ...except when it came to #1 and #2 -- they had a bunch of porta-potties for that.

MJ Mausoleum -- Who's Ready for Yoga?! 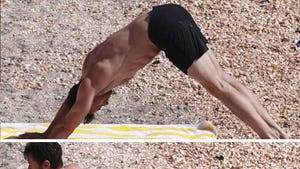