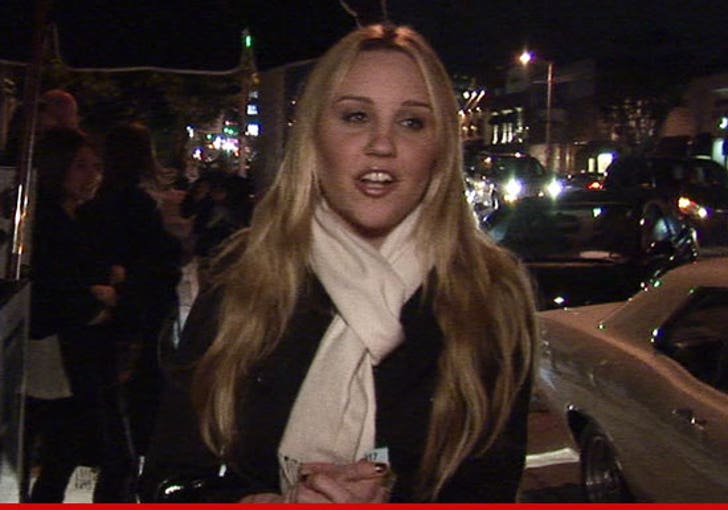 Amanda Bynes has been true to form in the hospital where she's being held on a psychiatric hold -- she's completely lucid for long stretches, and then goes off the handle crazy.

Sources with knowledge of the situation tell TMZ ... doctors have already determined Amanda is suffering from a severe mental illness "with schizophrenic tendencies." We're told she's aware "there's a good Amanda and a bad Amanda." When she talks about the bad Amanda she almost mimics an exorcism, pulling at her body as if to remove the demon, and even biting herself.

We're told yesterday Amanda was lucid for 10 hours -- she was kind, quiet and nice. During that 10 hour period the staff questioned her about the fire she started Monday and her personality changed radically. She got frustrated and "shut down." But she still remained "normal."

After 10 hours of normal, out of nowhere, her eyes widened, she started to grill the staff about her dog (the one she soaked in gasoline). The staff then told her the dog was safe with her parents, and Amanda went nuts, saying "They'll kill it, just like they tried to kill me." This went on for an hour.

Amanda then got incoherent and so out of control she had to be physically restrained.

And, we're told, Amanda was extensively drug-tested, and everything came up negative, except for marijuana.

And there's this. Initially Amanda was placed with another female patient, but she started berating and insulting her to the point they removed Bynes and put her in a room by herself.