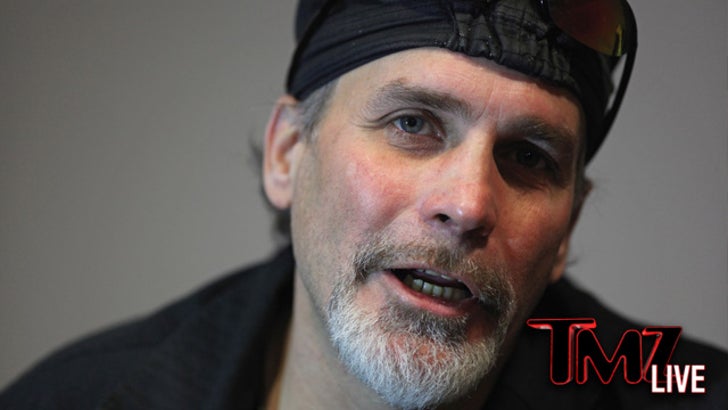 Robbie Knievel tells TMZ he's a hardcore alcoholic ... hellbent on self-destruction ... and there ain't a damn thing he can do about it.

Knievel just called in to "TMZ Live" to talk about his motor home DUI in South Dakota on Tuesday -- and admitted he was plastered that day ... explaining, "I'm a frickin' drinking, driving daredevil."

"I ride motorcycles and I friggin' drink and ride ... that's my deal."

During the interview, Knievel came off as a very conflicted man, battling some serious demons. "I have an alcohol problem," Knievel said ... "I'm a cowboy. I'm not a redneck. But I love whiskey."

Perhaps the most concerning part of the interview came when we asked how Robbie would feel if he hurt someone while boozed up behind the wheel.

"I shouldn't be drinking and driving 'cause I could kill somebody ... and you know what, it would be better if I killed myself."

Robbie shouldn't be drinking and driving anytime soon -- his license has been suspended for 30 days due to the DUI arrest. 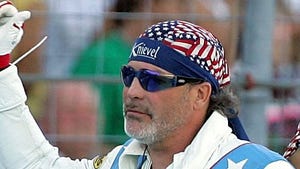