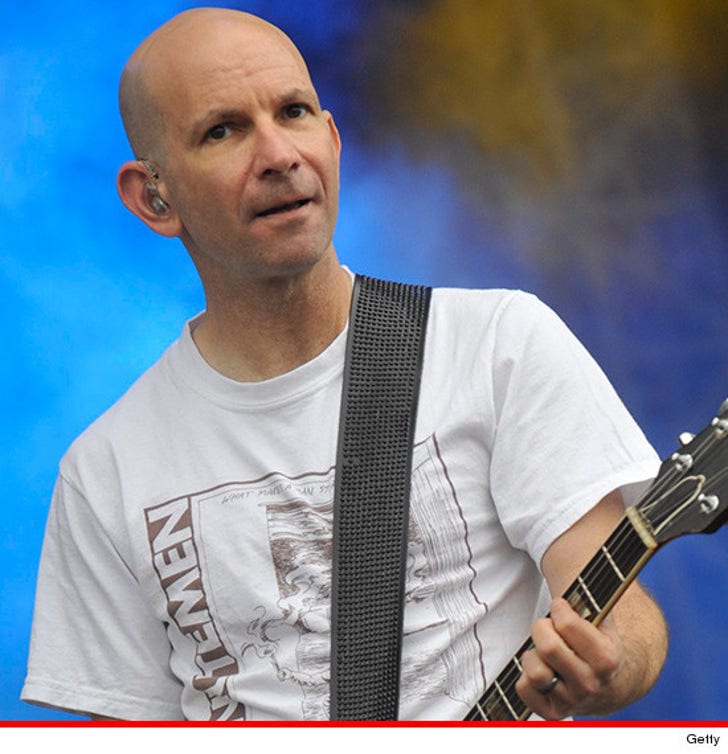 The lead guitarist for legendary punk band Bad Religion has had enough, filing for divorce from his wife in the midst of a nasty restraining order war -- in which they both accuse each other of all kinds of domestic abuse, including coat hanger beatings.

TMZ broke the story ... Greg Hetson's wife Alia obtained a temporary restraining order against him last week, accusing him of violence ... even throwing her on the floor during a recent blowout argument.

Hetson shot back with his own restraining order request, including a laundry list of Alia's alleged violent acts -- like beating him with a coat hanger, and shoving an apple core into his mouth.

Luckily -- or not -- Hetson and Alia were only married for 2 years and they have no minor children.

According to the docs, Hetson wants to block the court from awarding Alia spousal support.

As for Alia, a rep has released a statement denying any allegations of abuse on her part.