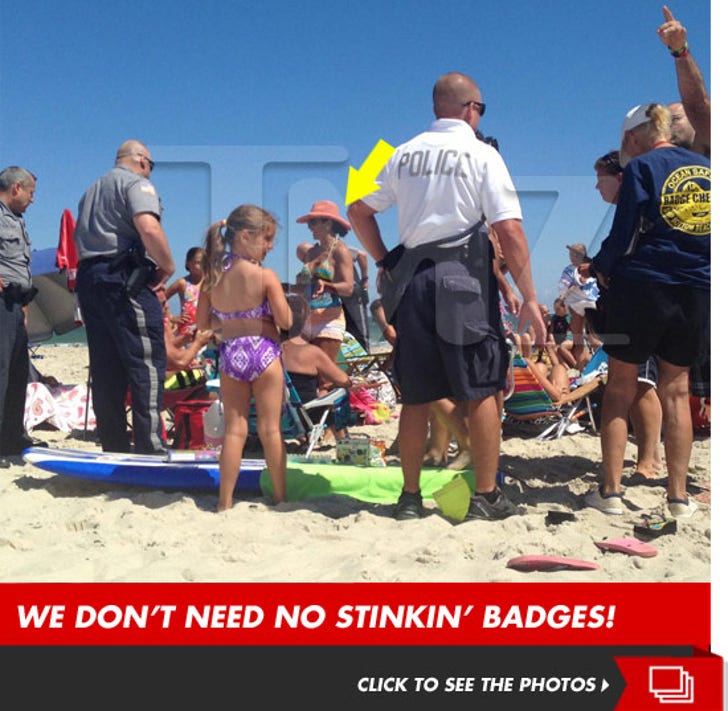 Here's the back story -- the Giudices were kickin' it on Ship Bottom beach on Long Beach Island, NJ Saturday afternoon (with roughly 30 friends and family members) when they were approached by a teen girl beach worker.

Sources on the scene tell us, the employee asked to see the Giudices' "beach badges" -- basically $5 admission tickets required to chill in the sand -- and the family flipped, refusing to "pay to go to the beach."

We're told one family member even yelled at the girl, saying, "F*** you, f*** this we are not paying for the f***ing beach. This is a joke!" Remember: 5 dollars per person.

We're told the girl started crying, and when beach PD responded ... the Giudices continued to kick up a stink, but eventually coughed up chump change.

Of course, Teresa and Joe are facing massive money fraud charges, but still -- 2 TV stars oughta cough up 5 dollars without a fight.