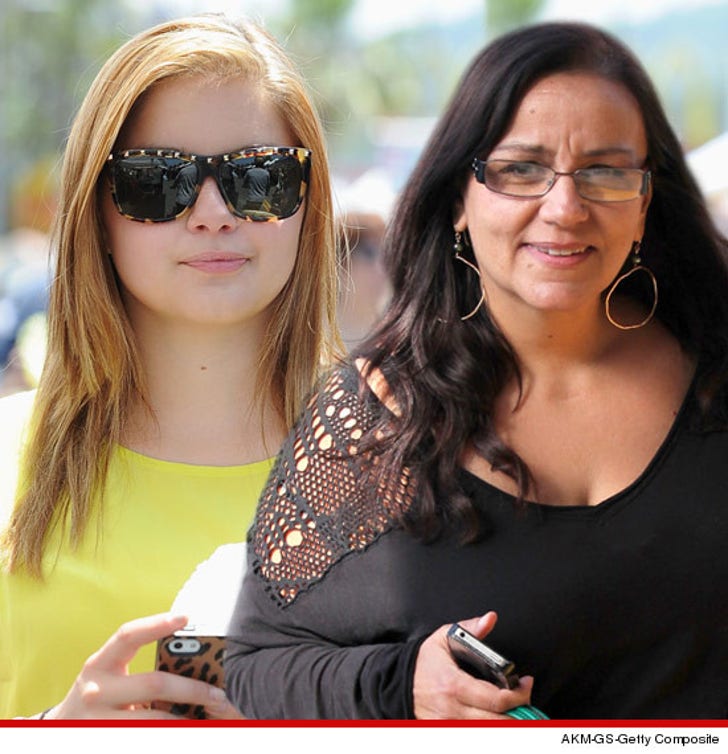 Chrystal Workman continues making shocking claims in her bid to undo the court ruling that stripped her of custody of her daughter, Ariel Winter ... now she's raising strange allegations of sexual molestation.

Workman filed legal docs, obtained by TMZ, in which she claims her 15-year-old daughter has accused her of "sexual abuse or sexual molestation." Workman says, "I adamantly deny these accusations."

Here's the problem ... The "Modern Family" star has never hinted at sexual molestation in her guardianship case. She has only alleged physical and emotional abuse, so it's confounding as to why Workman is denying something that was never raised in court.

It's possible Workman is inartfully referring to an allegation by Ariel's boyfriend, Cameron Palatas, who said in his deposition, "Chrystal had wanted me to sleep in Ariel's bed." Palatas was an adult at the time.

But there's more ... Workman also claims her other daughter gave her cancer. Workman says of Shanelle Gray, who now has legal guardianship of Ariel, "I believe the reason I got cancer was from the stress of the situation Shanelle put me through of missing my child when she was not there..."