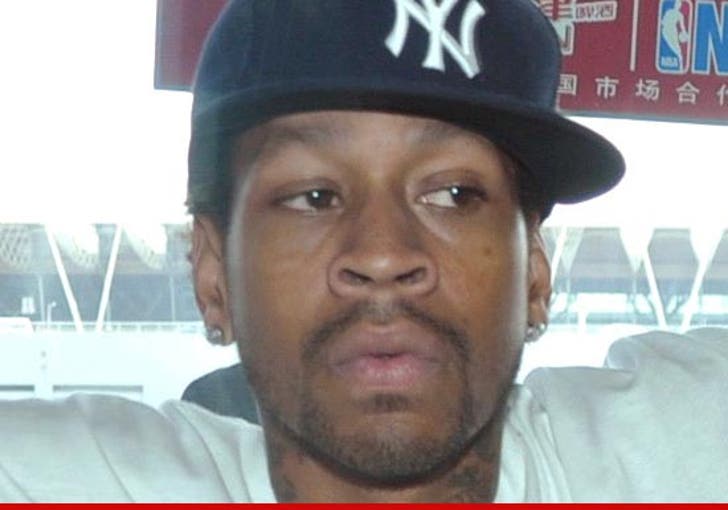 Former NBA star Allen Iverson -- who raked in more than $140 million during his career -- says he's a pathetic shadow of the man he once was ... at least financially ... and he wants his ex-wife to drop her child support demands.

TMZ broke the story -- Allen’s ex-wife Tawanna Iverson went to court last month, asking a judge to force Allen to pay $1,272,000 into a trust fund for child support. She wanted the money in a lump sum because she was sick of chasing him every month.

Allen has now filed court docs scoffing at her demand, because he doesn't have the dough.

Allen says the only steady source of income he has is a Reebok deal. We don't know exactly how much he pulls in, but he claims it's nowhere near enough to meet his ex-wife's demands.

Allen also says he resents his ex's claim that he's a deadbeat dad, boasting that he paid more than half-a-mil in support this year alone.