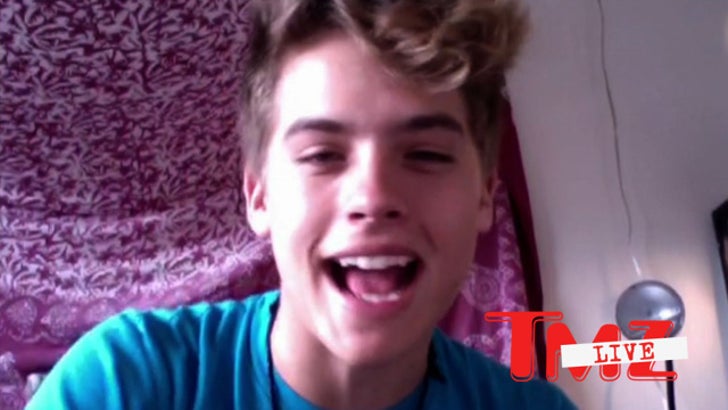 It's still a sweet life for ex-Disney star Dylan Sprouse ... who came on TMZ Live to explain why he took a gig as a host in a NYC restaurant -- and it's not because he's gone broke.

Dylan, and his twin brother Cole, left their hit Disney show "The Suite Life on Deck" 2 years ago to enroll at NYU ... and there have been several stories claiming Dylan's down on his luck and had to take the hosting job to pay his bills.

But Dylan told Harvey and Ryan the real reason -- and insists he's just livin' the life of a college student.