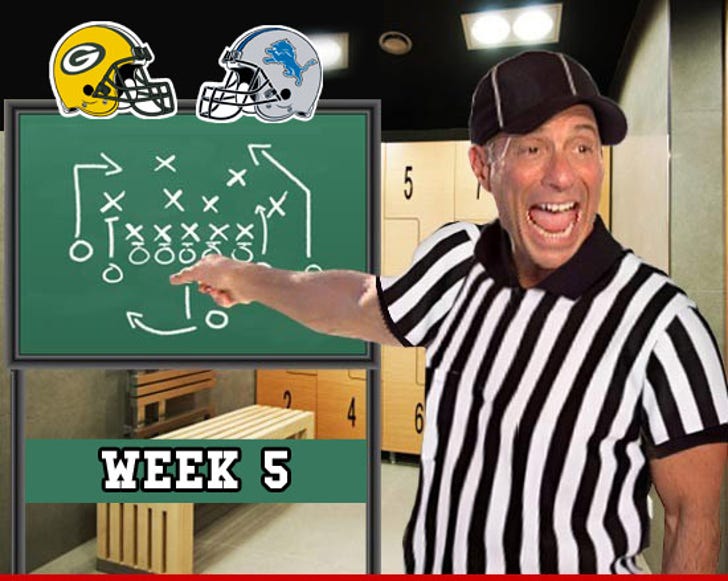 With a commanding 3-1 record, Harvey Levin IS ON FIRE PEOPLE!!!!

And he's looking to extend his streak with ANOTHER week of NFL domination in our Week 5 matchup -- Packers vs. Lions.

So, heeeeere we go!

Evan: You look confused ... what's the problem?
Harvey: Well, I started favoring Detroit just because I love Hitsville, USA almost as much as life itself.

Evan: But ...?
Harvey: But a deeper analysis leaves me stumped. Here's the thing ... I had huge problems with the whole Nate Burleson story, 'cause if he can't handle a pizza, how do they handle a football??

Evan: Makes perfect sense.
Harvey: I know. Plus, I like Reggie Bush ... he seems unencumbered by Kardashian baggage and he's moved on nicely.

Evan: So, what's the problem? You're worried about Green Bay?
Harvey: Aaron Rodgers has been a little bit of a disappointment both on and off the field. I still can't get over him reneging on that jersey bet ... but maybe that's just me.

Evan: No, he's a giant chicken. Everyone knows this. What about GB defense? Clay Matthews, he's a beast.
Harv: Clay Matthews might be a little cautious now that he's the poster boy for a smooth face. 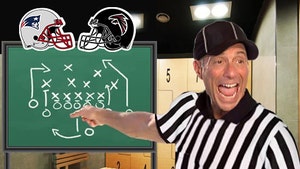 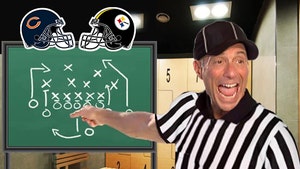 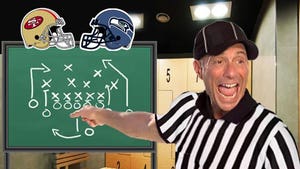