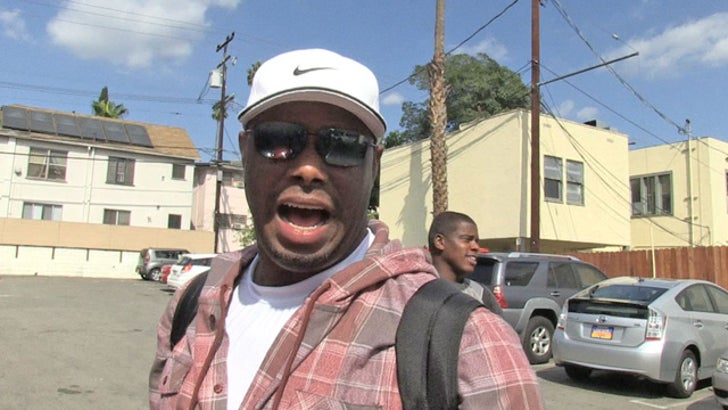 Turns out, Ken's kid Trey Griffey is a freshman wide receiver for the University of Arizona ... and Ken's in L.A. to watch the Wildcats take on USC tonight.

But when we asked if he was a little disappointed that his 6'3", 190 pound kid won't be following in his Major League footsteps, Ken gave a pretty heartfelt reply.

"He loves football ... and as a parent, I've got to be supportive of that," Ken told us ... adding, "You can't tell your child what to love and not to love."

But that's not all ... we also asked Ken about his kid's chances of making the NFL, if he considers himself the greatest HR hitter of his generation, and his encounter with Charlie Sheen.

Cool guy -- check out the clip.